Alexis „Bust“ Stephens was born in 1983 in Paris from a French mother and a Jamaican father. Very early he discovered his talent for dancing and painting and started his artistic journey in urban culture. Quite fast he received attention for his hip-hop style dances and was invited to various competition and jams in France, Germany and other European countries, where he performed with various dance groups. He loved to express himself on the streets as the environment that surrounds him, leaving his mark whilst keeping a total liberty of expression. Experimenting with various painting techniques Alexis soon made contact to the huge Parisian streetart and graffiti scene. From start he decided that he wanted to combine dancing and painting in his artistic style, his motifs and his performance. At that time he started to use the alias „Bust the Drip“ as a mix from the slang expression „to bust a move“, which is used in dancing and his way of painting, where color often dripped on the surface.
He joined the artistic collective Bang Crew, with members coming from a variety of artistic backgrounds: dance, painting, video, photography and music. The synergies in the collective allowed him to develop vast projects both in France and abroad. Here he discovered that he wanted to focus more on painting, while keeping the dance for his performance and motifs.

Alexis „Bust“ Stephens artistic idea resolves around his love for movement and gestures. He likes to think of the body as a sum of organized waves. „We are not made up of much and yet we all pulsate and carry an internal boil.“ Inspired by abstract expressionism and graffiti, he transcendents the movement and energy he feels into his works. Alexis lives and breathes the ideas of „le grande geste“ and abstract expressionism. While painting he interconnects technique and instinct. His lively lines originate from waves and frequencies that create a circling link between rhythm and paint. His brush strokes, initiated from gesture and expression, seem to be abstract and jarring at first glance , but forming his dancing protagonists the more his pieces develop and becoming articulated.

You can find more works by Alexis “Bust” Stephens in our shop. 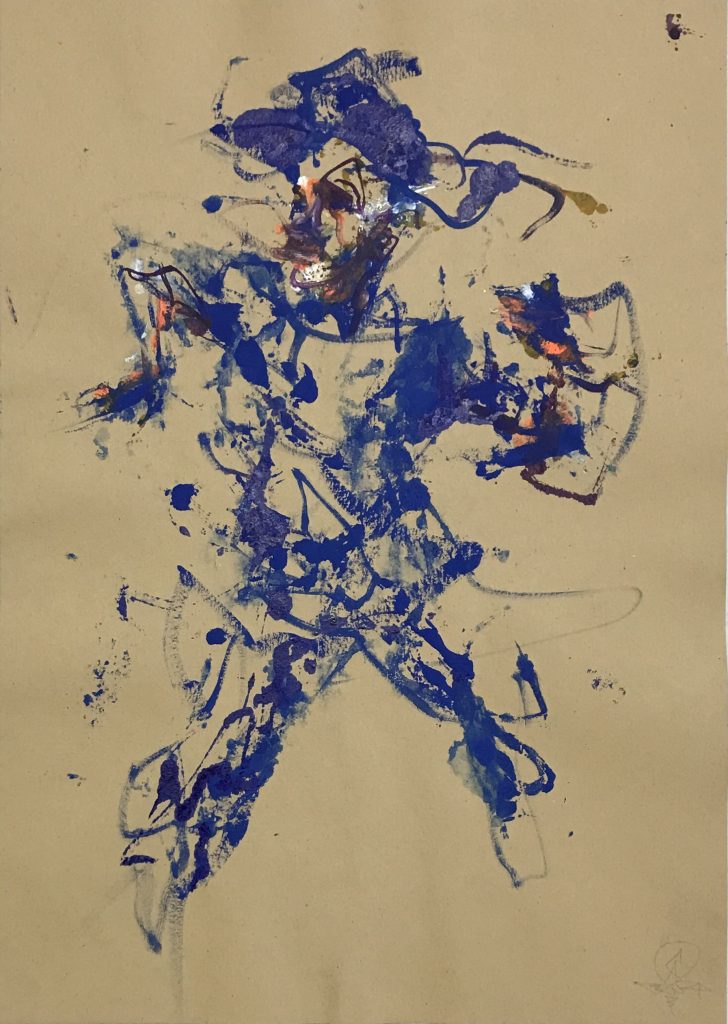 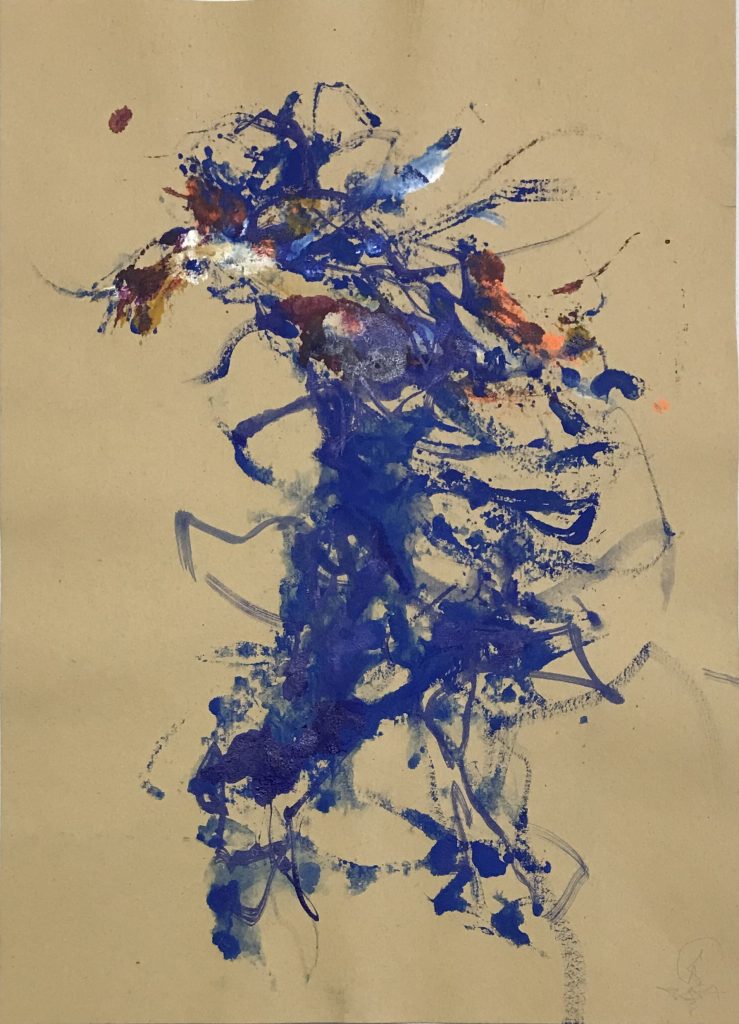 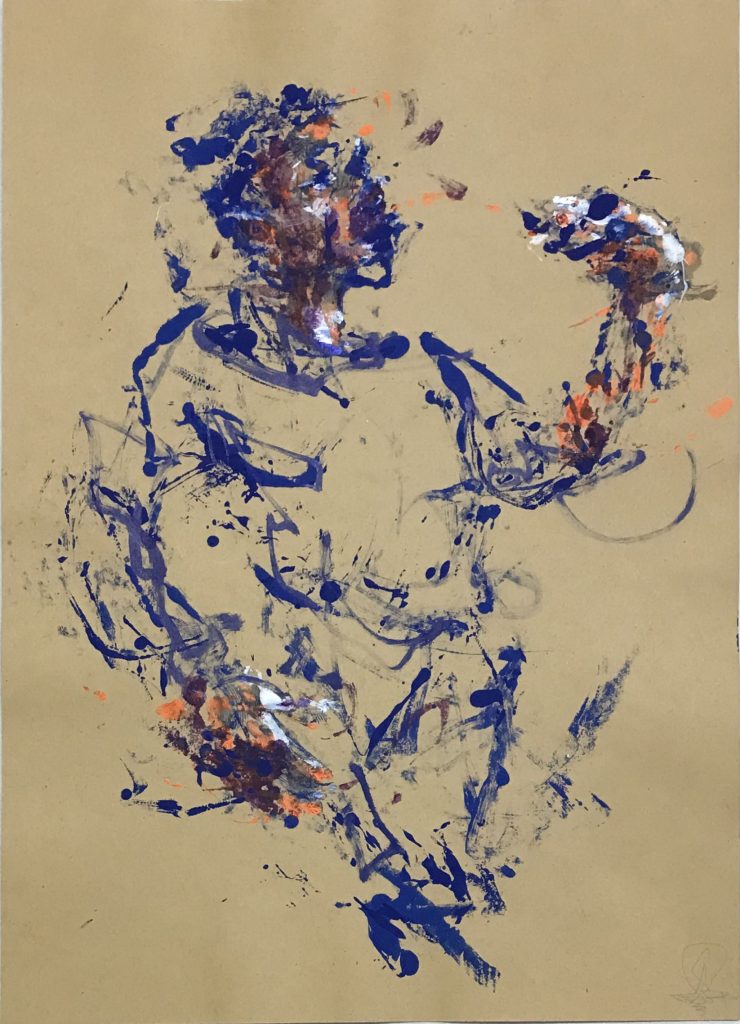 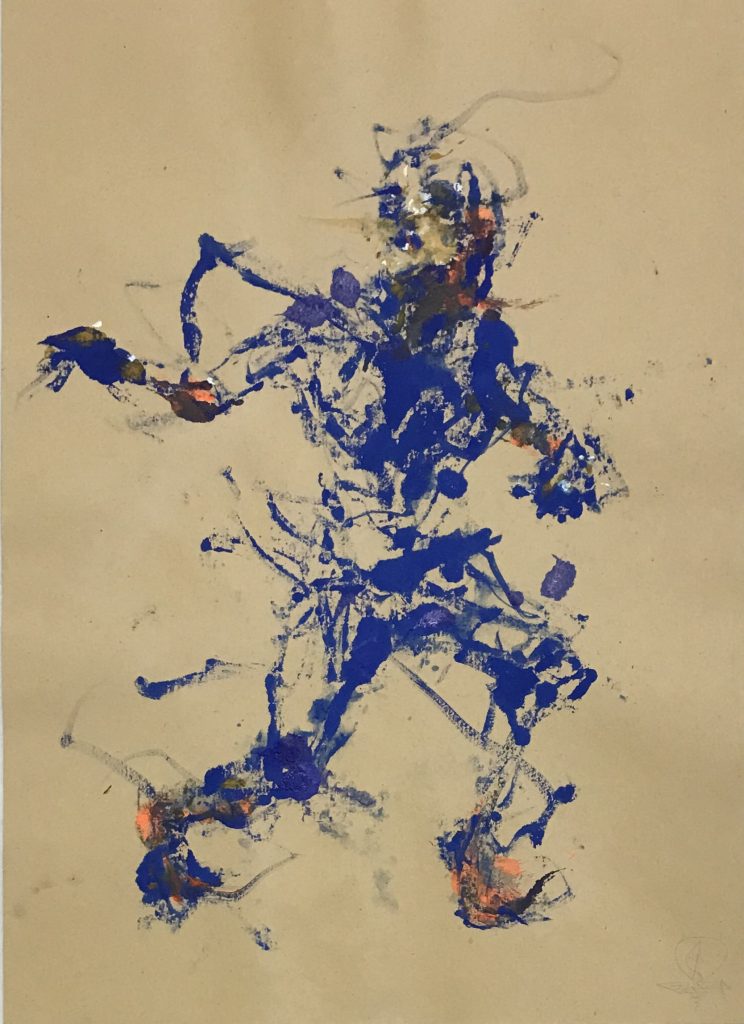 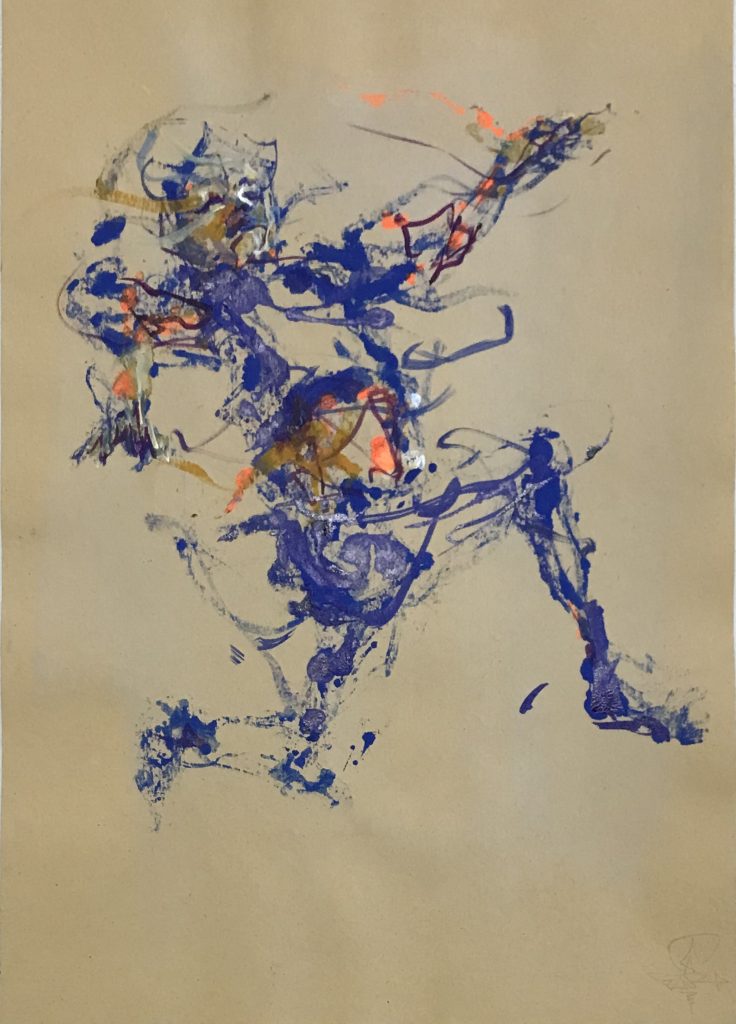 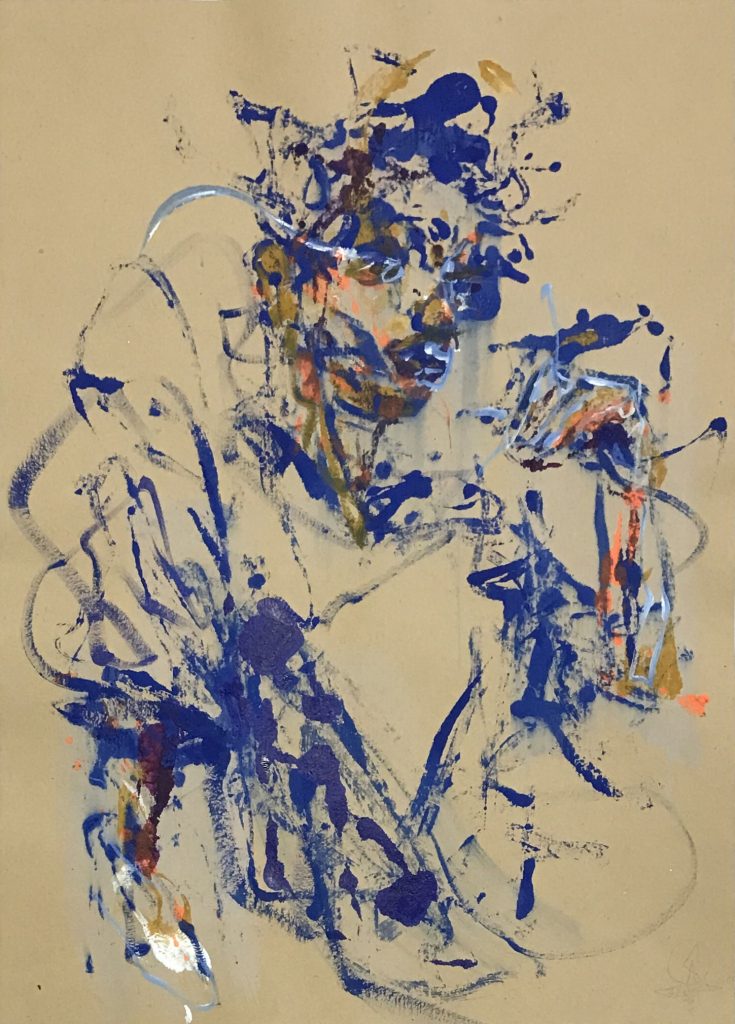 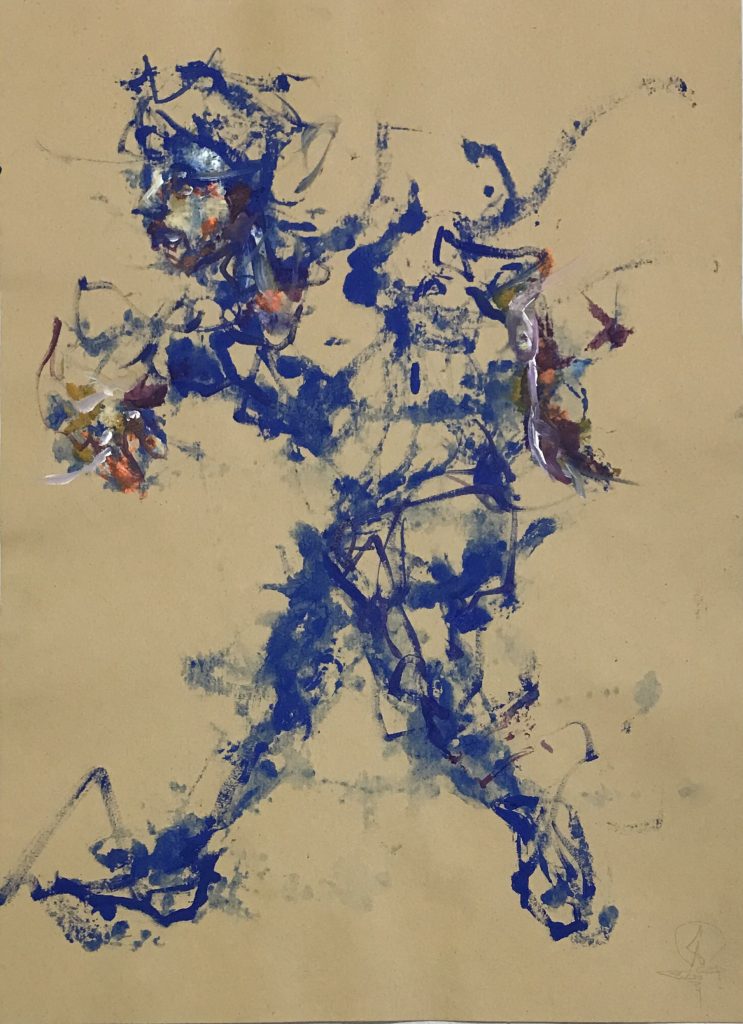