I got to know Claudio Ethos at the second STROKE Artfair in Munich in 2010. He was working on a huge mural and my eyes were immediatly caught by his magical pictorial imagery. I hadn´t seen anything like this before – the way he was interweaving different stylistic elements was totally new to me – I was fascinated and I decided to talk to him later on the same day. Out of a short chat a friendship evolved and we started to think about him having a solo exhibition at the Pretty Portal gallery some day. Now, seven years later, we turn this idea into reality – Claudio Ethos is going to have his first solo show in Germany.  The show with the title „Deadmocracity“, will start on the 15th of September 2017.
Deadmocracy is a feeling growing behind the global economy process in South American countries and the rest of the world, pushing the human behavior to the extremes of social coexistince. It generates a pandemonium in the peoples mentality.
The fragility of democracy, fight , violence, solitude, dynamics and rhythm of life will be exposed in a collection of works on canvas and drawings, that come straight from Sao Paulo, the economic capital of Brazil.

Claudio Ethos is a Brazilian urban artist. His work is often twisted manipulation of images and landscapes with abstract and surreal tendencies that explore the more spiritual side of the artistic process.
Ethos was born by the name Claudio Rafael in 1982 in Sao Paulo, Brazil. Claudio studied for 2 years at a college for visual arts, but left the formal education because he preferred to find inspiration for his art by travelling and improving his skills by painting murals all over the world.
Ethos has been interested in graffiti since the 90’s. He was surrounded by Pichacao (the Sao Paolo tag hand style) and began spray painting around the age of 15. His style is so unique that one can easily distinguish it at a glance. His murals were the reason why many of the traditional contemporary artists took a second look at street art. By using a minimal color palette – he creates these large scale surreal murals that have not only conquered his country, which is filled with many known street artistic figures, but Claudio has also captured the eyes of many around the world.
As he likes to say, his characters try to depict emotional and spiritual states because there are no accurate definitions for so many of these sensations – they just appear and he just tries to translate these things that are captured only by intuition.
His technique first involves working in sketch books and on canvases with a ballpoint pen, just to translate those meticulous drawings onto the concrete for all to see. By mapping narratives, Ethos depicts characters found all over the city; they are often anxious, struggling through a cramped, concrete megalopolis, but persevering nevertheless. It is obvious that his inspiration is rooted in the streets and generated from experience, dreams, and memory.
Ethos was influenced by the well-known writers on the Brazilian scene: Os Gemeos, Vitche, Onesto, Herbert Baglione… But, his style has taken its own highly unique state and individual genesis. He has exhibited in Italy, France, Netherlands, Austria, USA and Paraguay. Claudio Ethos currently lives between Sao Paolo and LA.

DEADMOCRACY
a show by Claudio Ethos 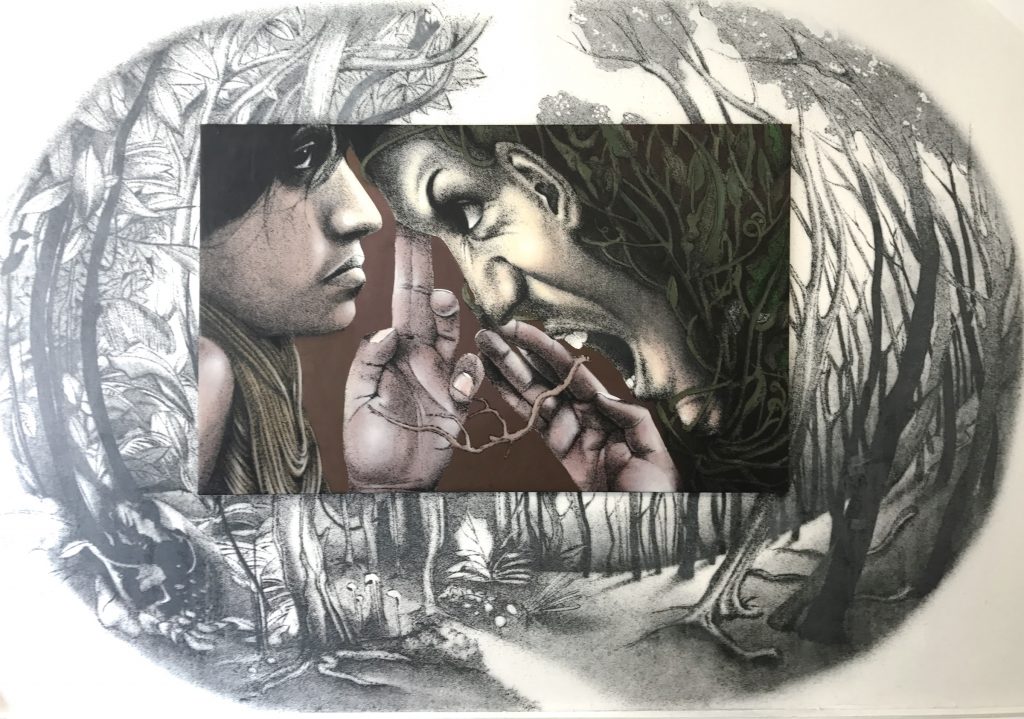 Claudio Ethos “Give me your fields” 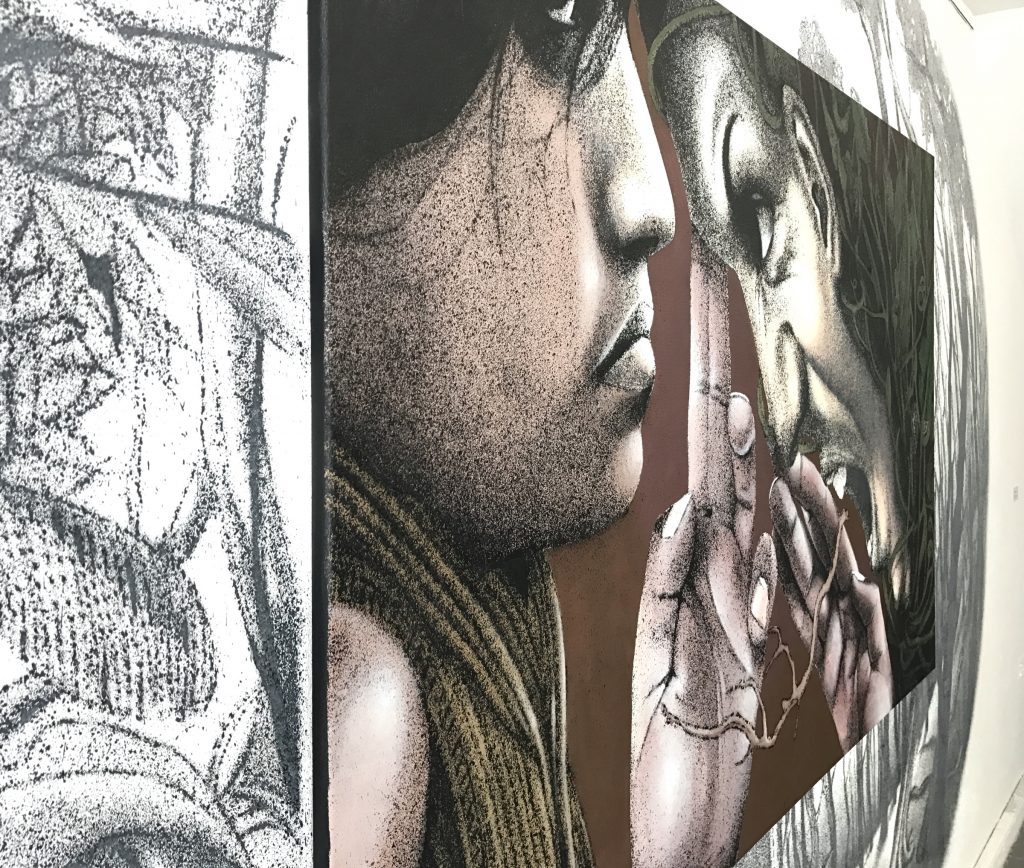 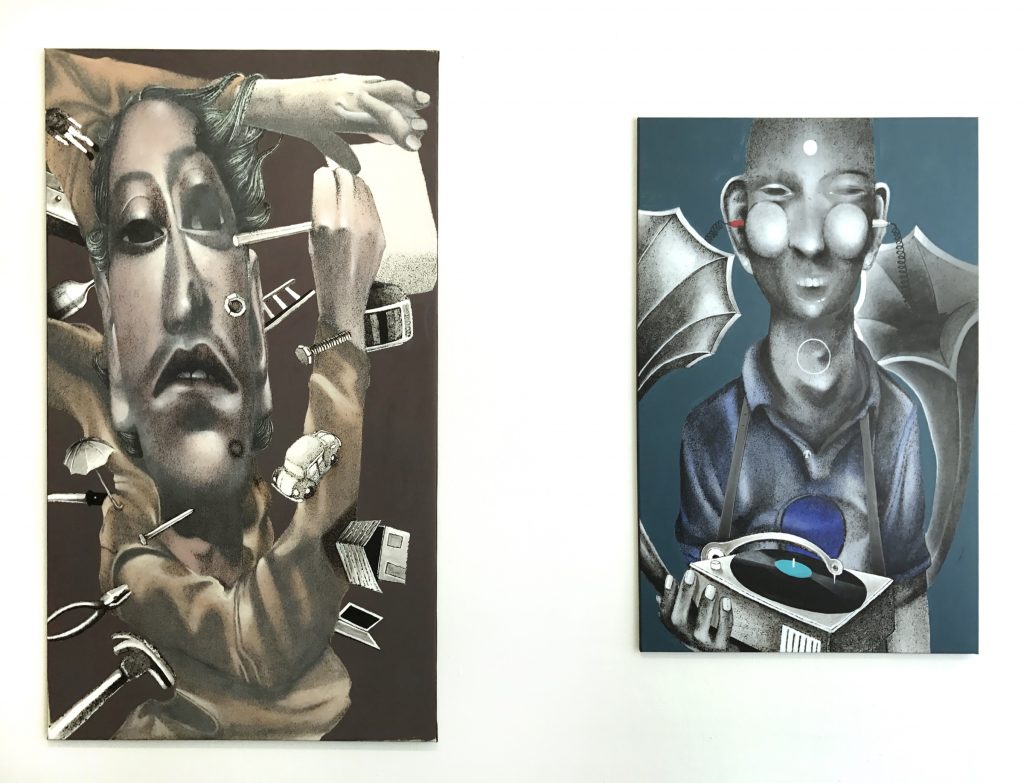 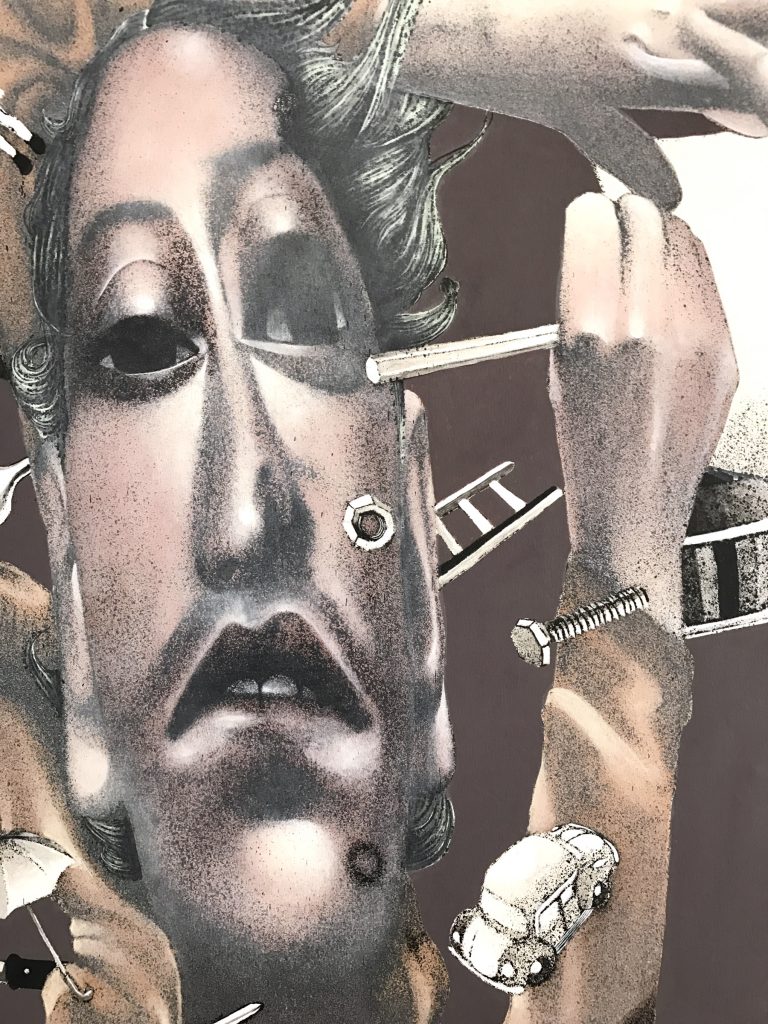 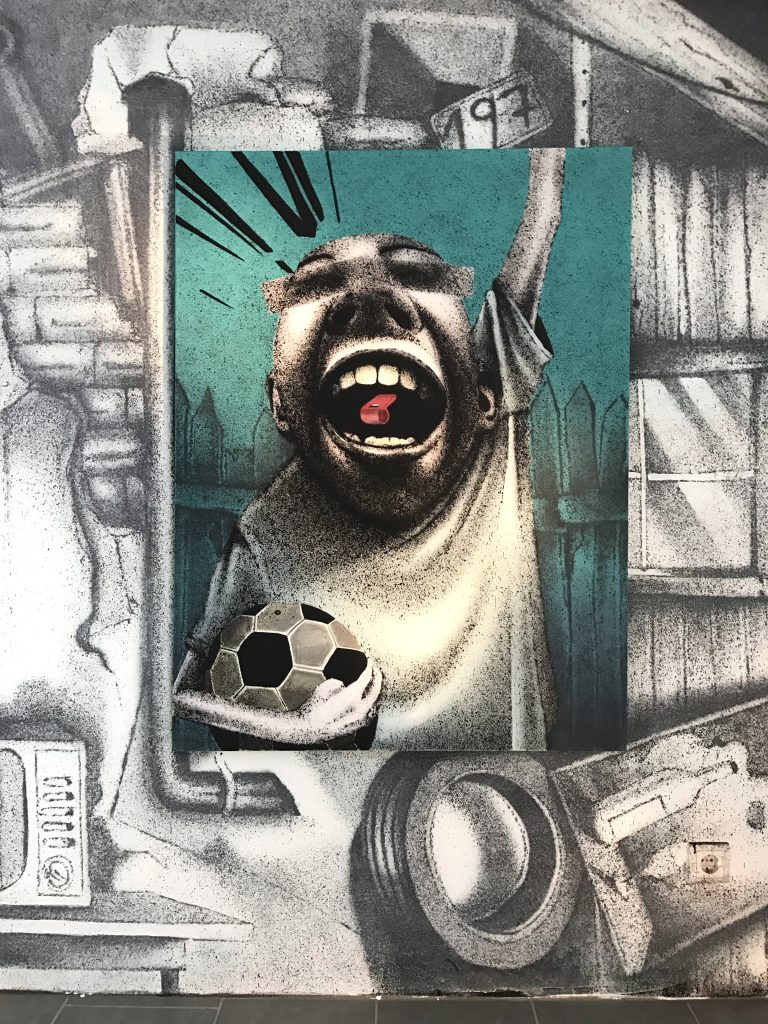 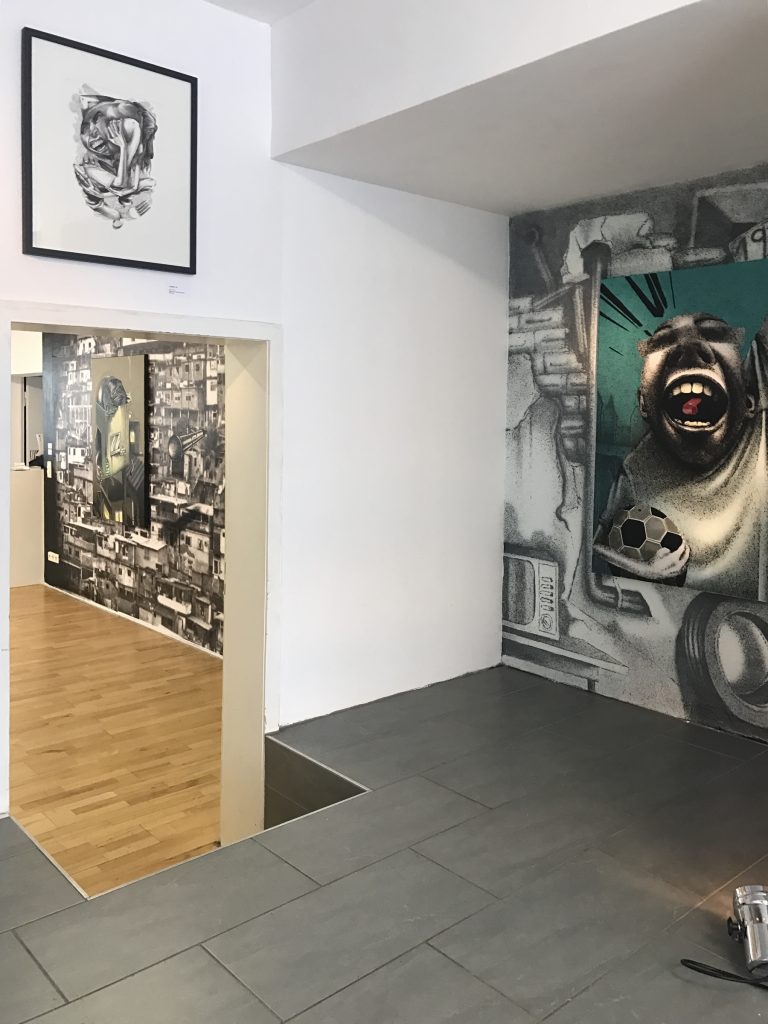 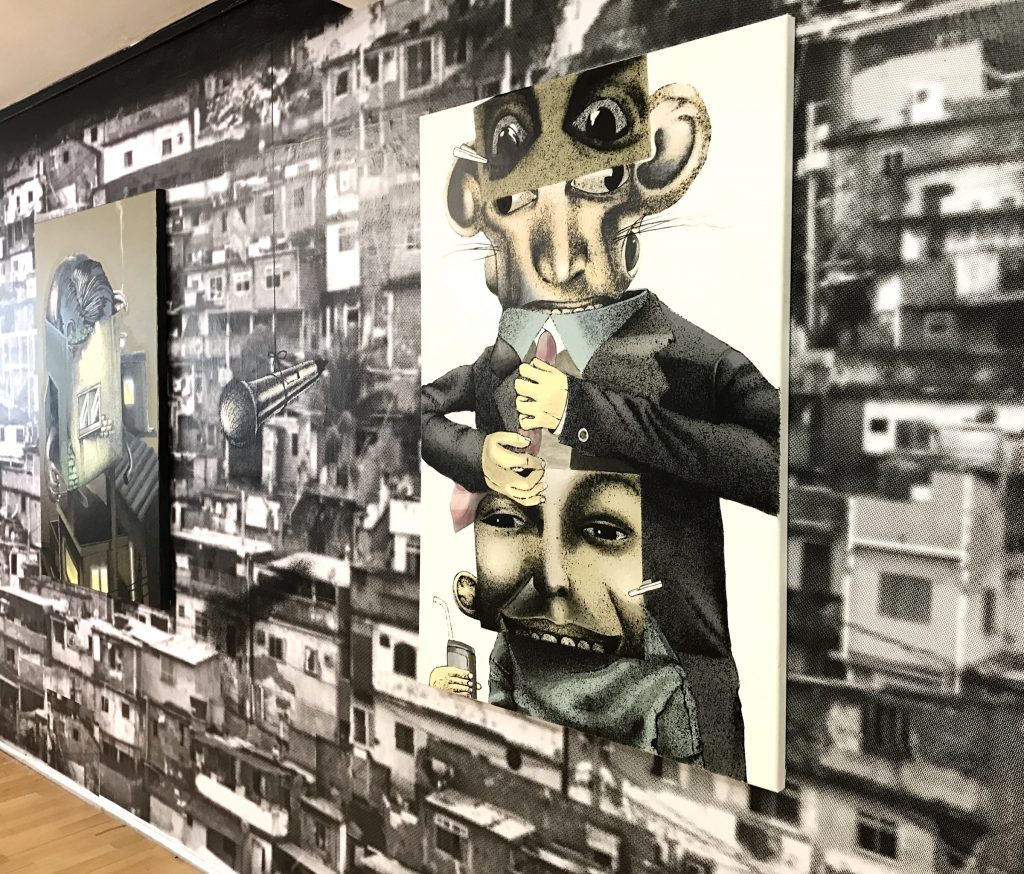 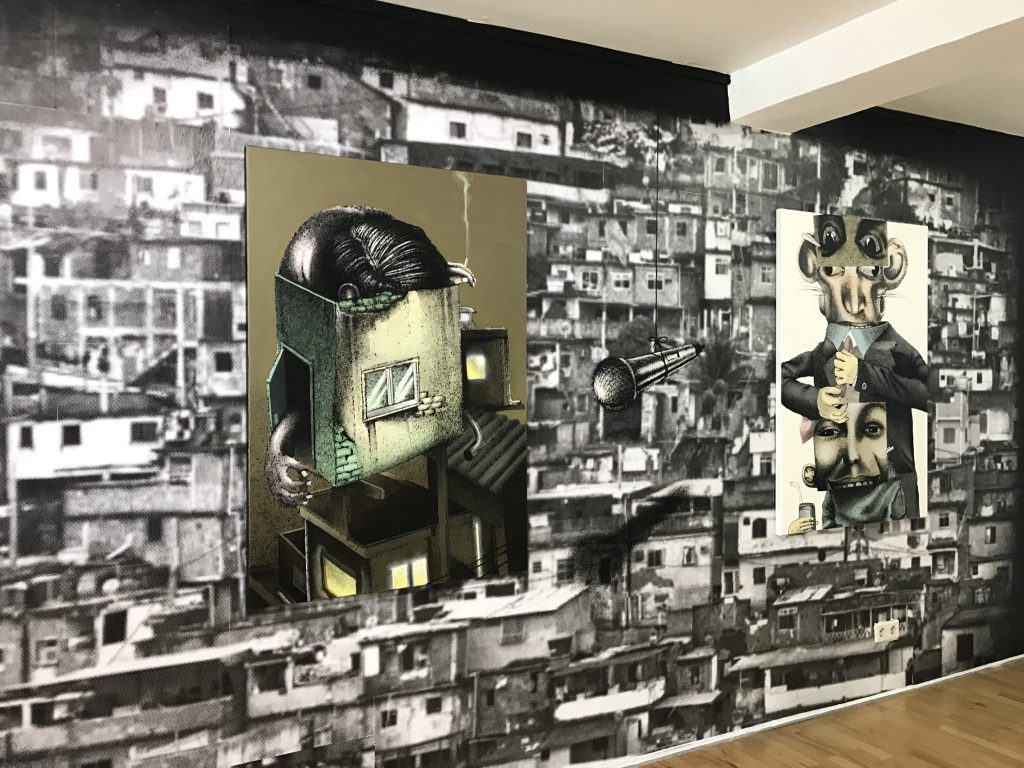 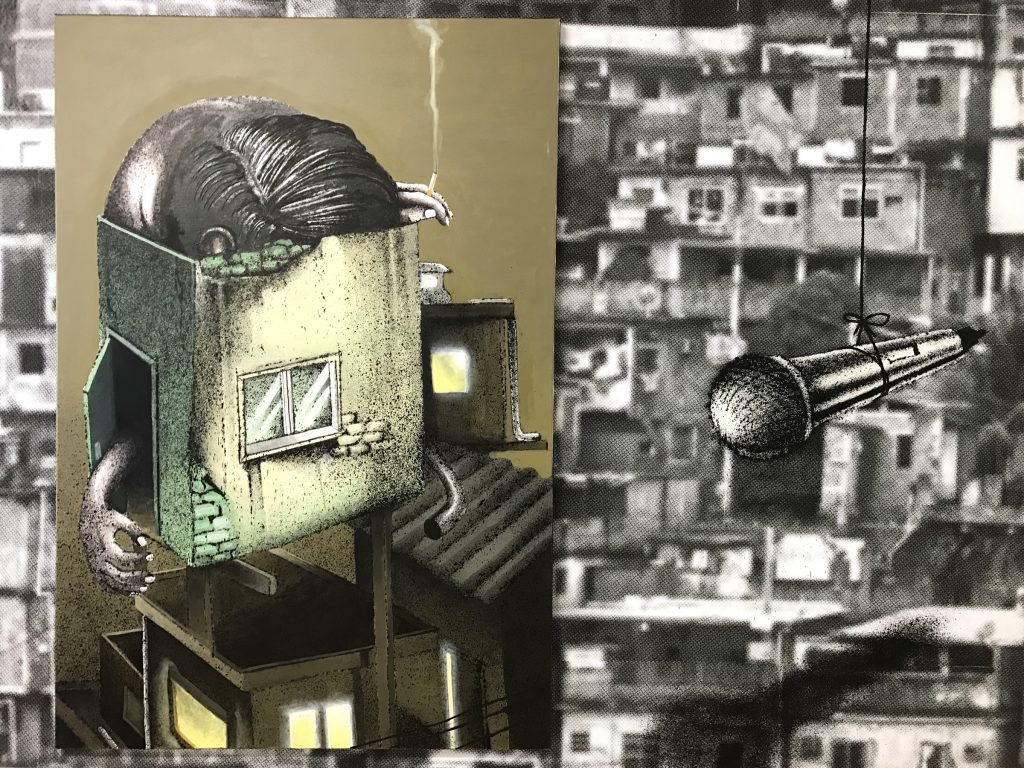 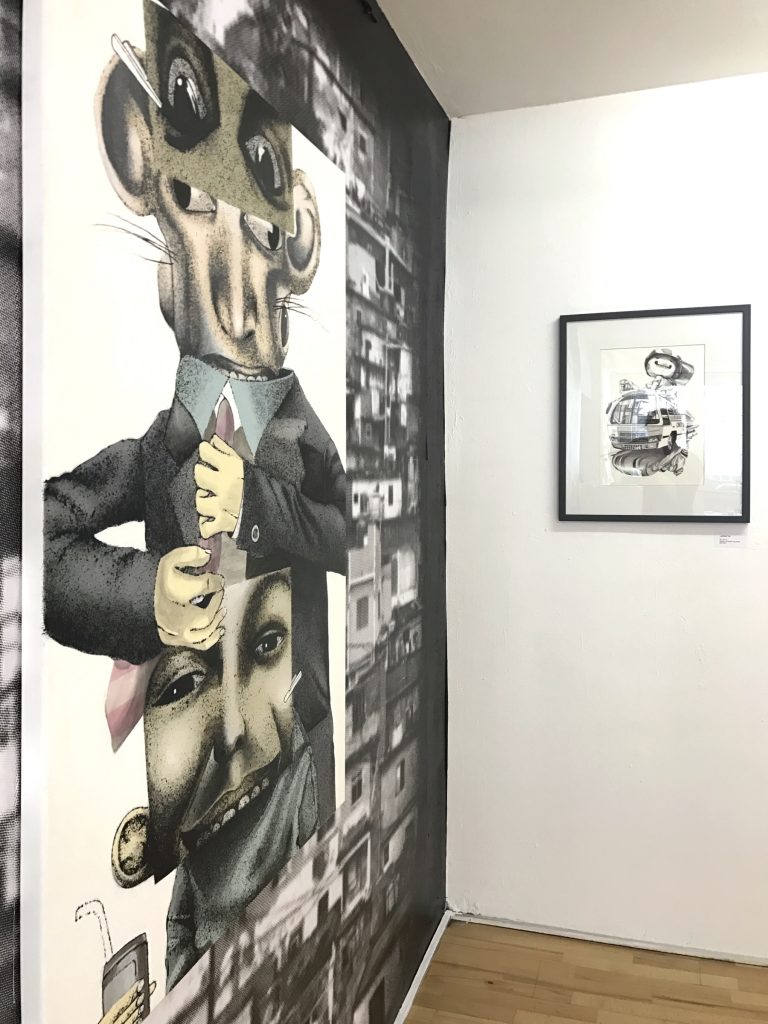 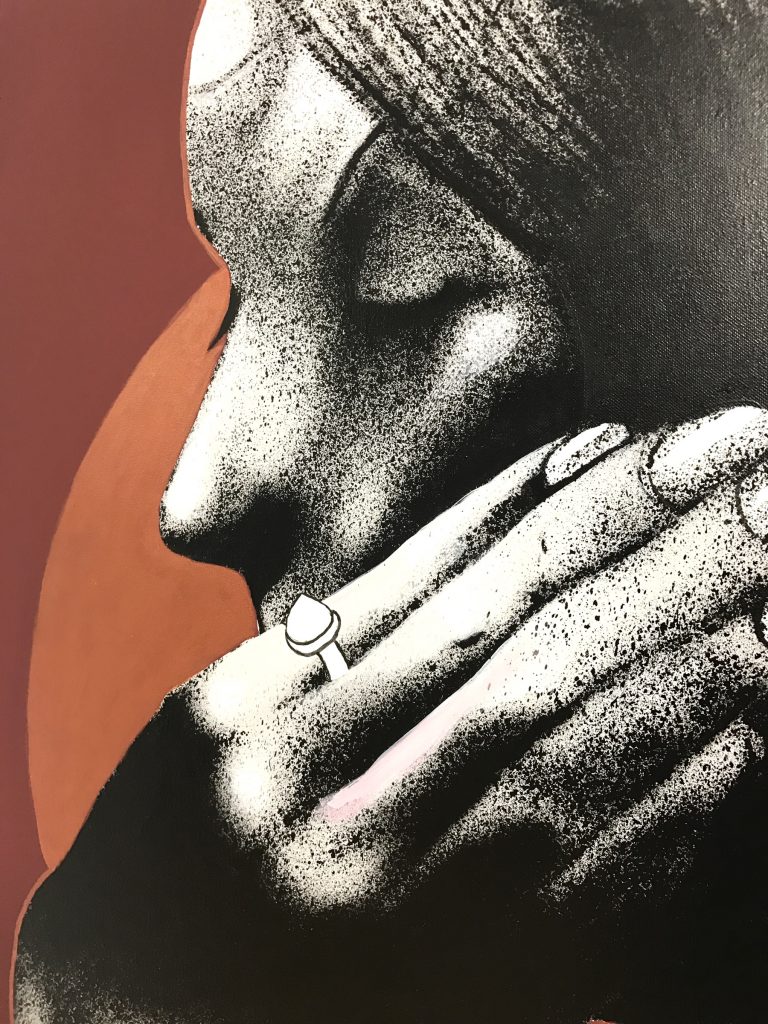 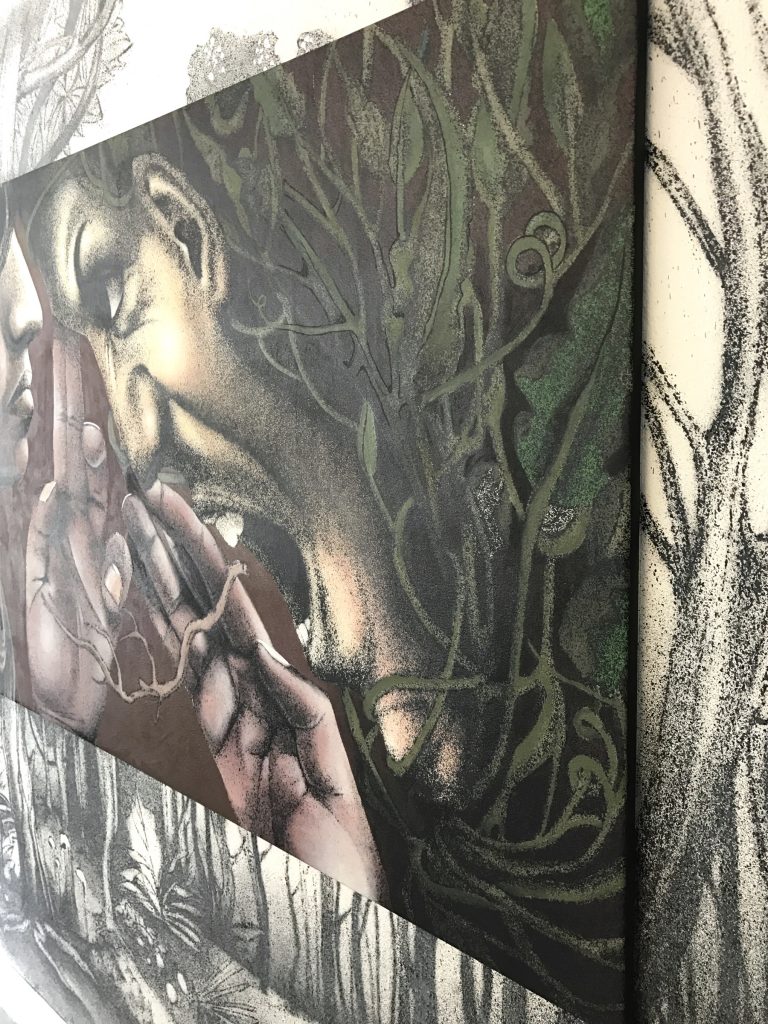 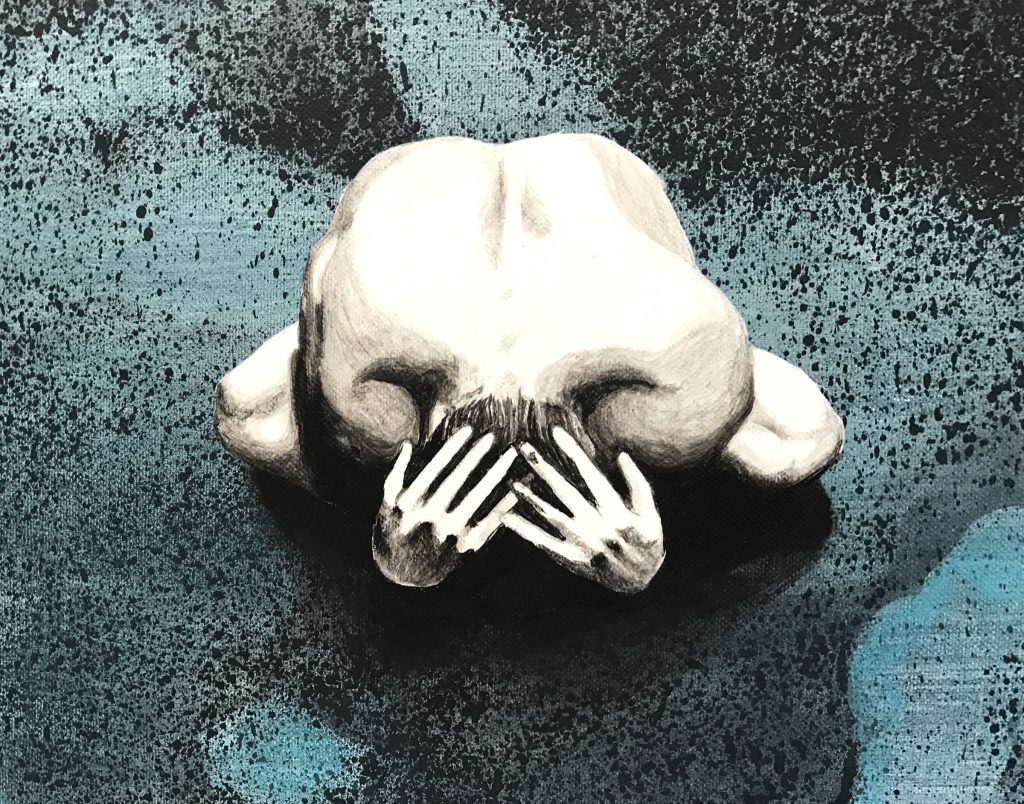 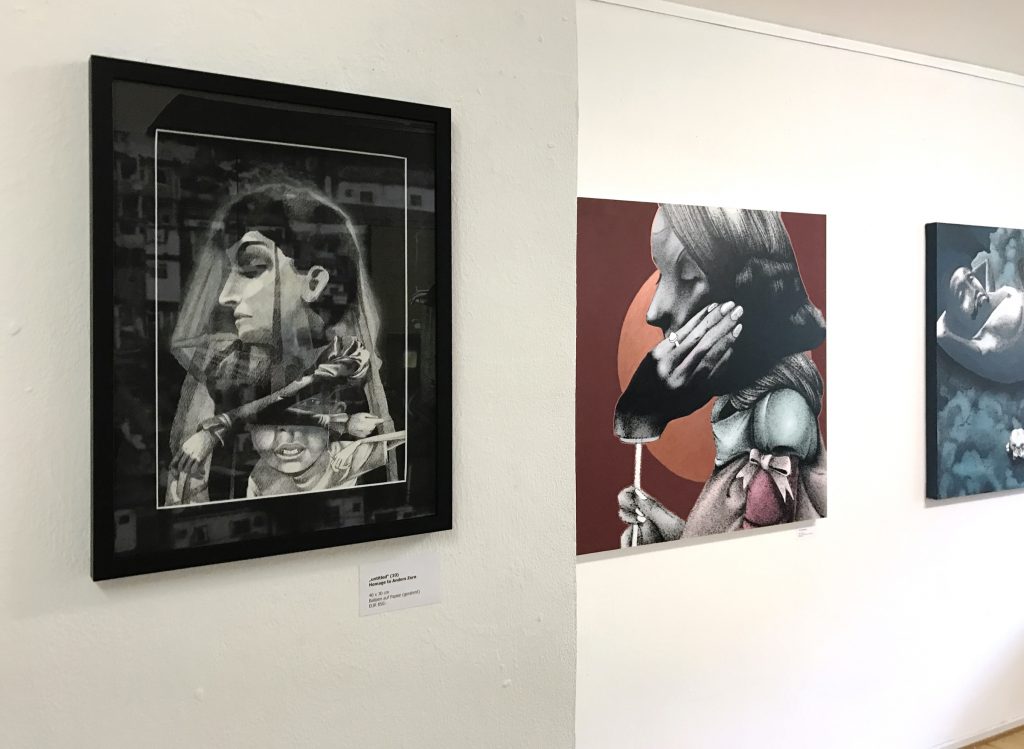 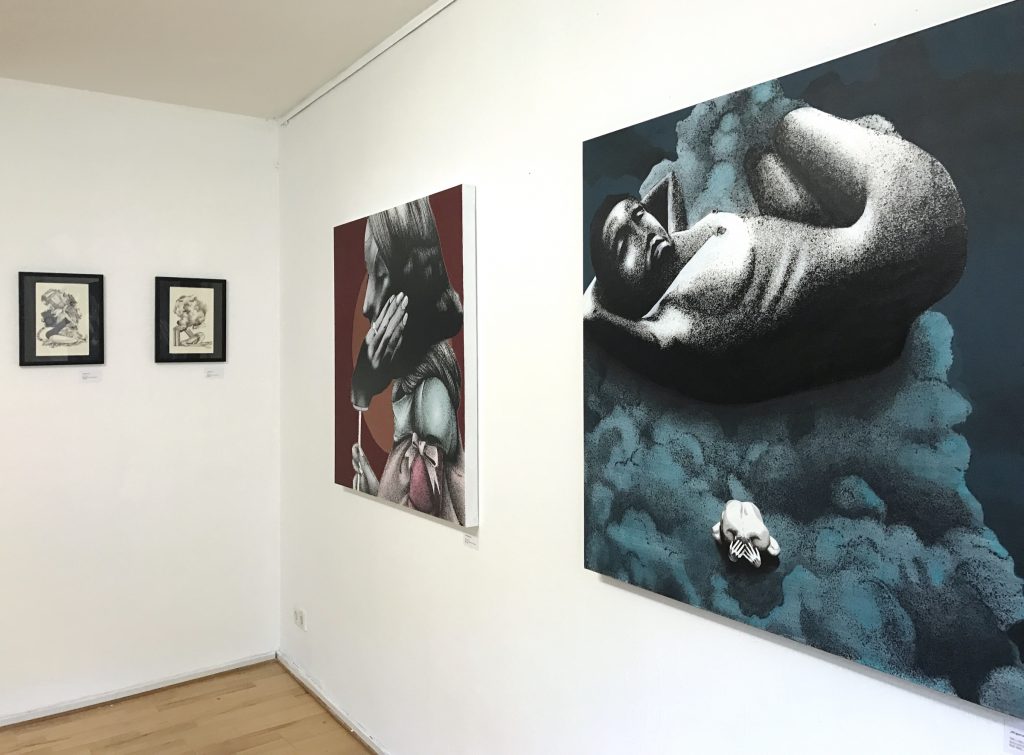 Claudio Ethos “Of god an men” 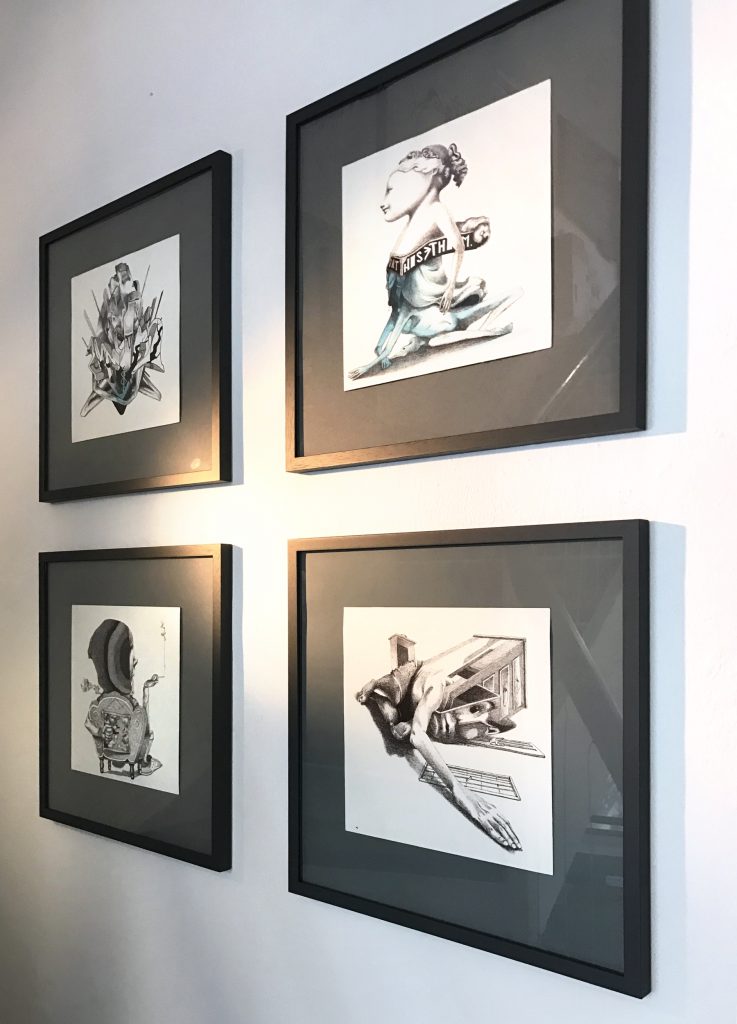 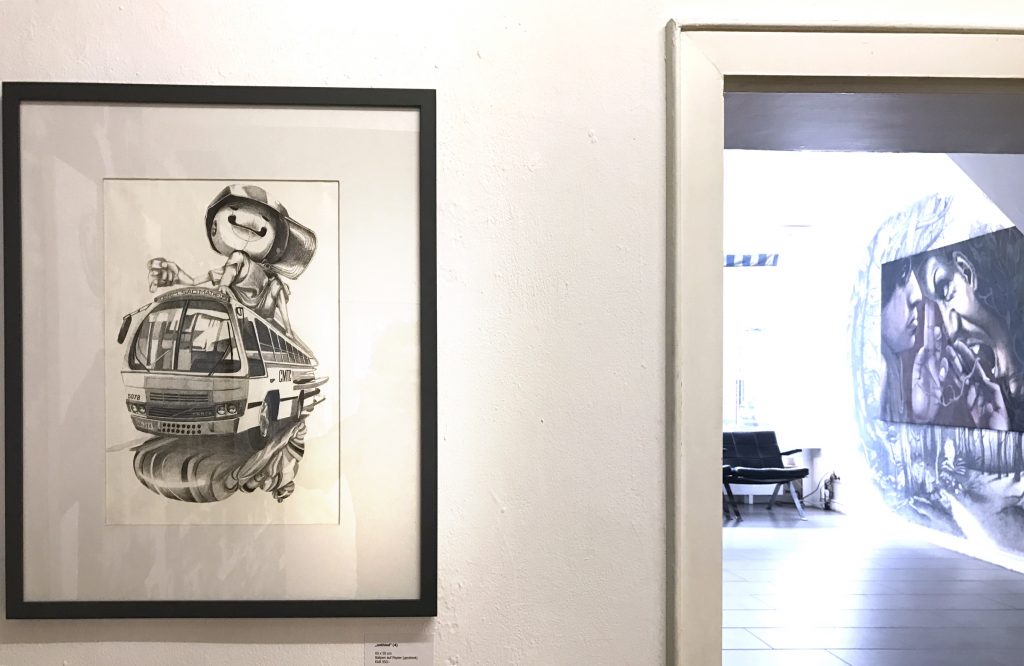 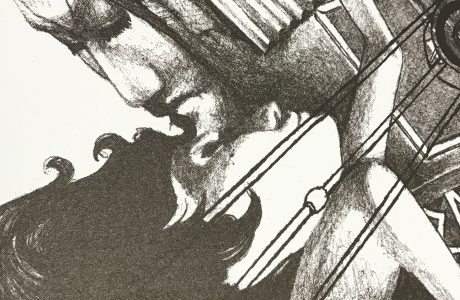 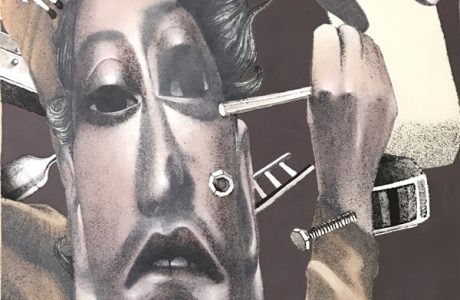 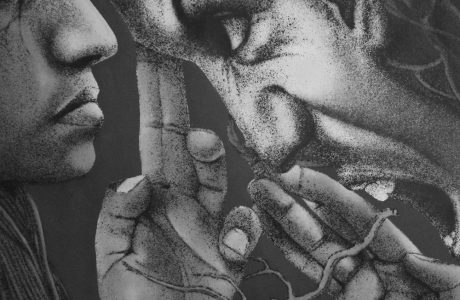 I got to know Claudio Eth...