In their exhibition NUMBERS, opening on the 4th of December at Pretty Portal, DOPPELDENK works with the concept of numbers. Numbers are more than a symbol to visualize an amount, they stand for ideas and concepts. Numbers are codes and synonyms for incidents. Numbers have a clear value on the first glance, but are often used for manipulation. Numbers are used to tell stories. Numbers are grapical concepts in design and graffiti. They are magic and alomost everyone has his lucky number. Numbers don´t need to be translated and are in some way a language, that eveybody understands.
Numbers also connect to Düsseldorf, the place of the exhibition, where Kraftwerk created the album „computerworld“, with the song „numbers“ in 1981.
At Pretty Portal, the artist duo DOPPELDENK, shows paintings, light installations and a series of new prints. 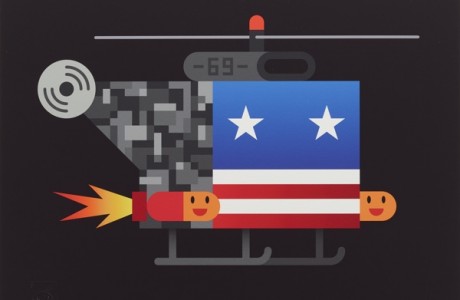