Starting on on 30th of September, Pretty Portal will open the exhibition „Ghosts of things to come“, which is curated by David Monllor. The Swiss artist David Monllor already showed his photorealistic artworks with the soloshow „Fade into nothing“ at Pretty Portal in February 2014. He develops his imagery and technique not only at the studio, he also adapts his competences continuesly with each journey he makes. During these trips he came together with many other international artists to collaborate on art projects at public places. For „Ghosts of things to come“ he made a very exclusive selection among these artists. They all paint contemporary and belong to Urban Contemporary.
Among the participating artists are Andrew Hem, Daniel Ochoa, Robert Proch, Benjamin Bjorklund, Sebas Velasco and David Stegmann. Mainly curating the show, David Monllor contributes it with one of his artpieces as well. All artists understand to combine and to transcend various stylistic devices, what makes them exceptionally gifted in painting.

Andrew Hem tells mystical stories in his atmospheric paintings. With vibrant colors, that are reminiscent of the transition from day to night, he stages figurative imagery.
Daniel Ochoa deals with the perception of identity. Memory and emotion appear in a transfer of realistic construction and abstraction. Dramatic distortion surrounded by geometric patterns and shapes are one of Robert Proch´s stylistic approaches by which he questions the modern life. Like a crack in the matrix his artworks show perceptions between impression and abstraction. Benjamin Björklund keeps the composition of his images deliberately simple so that his motives, often portraits in a stage of transformation, remain in reach for the viewer.
Realism is one of the stylistic devices employed by Sebas Velasco. His works show the life of graffiti artists. Atmospheric night scenes in which he gives the viewer insight into a closed world. David Stegmann focuses on the coexistence of humans and the environment . His work, which combine abstrake painting and Neo – Surrealism, appears partly apocalyptic and visionary. Photorealism and their deliberate desintegration is a watermark for David Monllors’s work. His pieces present perfect and graceful illusions, in a state between construction and deconstruction.

All participating artists exhibit internationally. Their works were discussed by various art magazines and displayed on several covers. They are all part of a spearhead of artists, where the transition from Urban Art to Urban Contemporary is in an impressively constant progress and has a decisive impact on this art form.
We are glad to present this extraordinary range of artists at Pretty Portal.
On display are artworks on paper and canvas.

Born during his parents’ flight from Cambodia in the wake of the Khmer Rouge genocide, Andrew Hem grew up poised in the balance between two cultures — the rural animistic society of his Khmer ancestors, and the dynamic urban arts of the tough Los Angeles neighborhood. Fascinated by graffiti at an early age, he honed his skills with graphics and composition on the walls of the city before following a passion for figure drawing to a degree in illustration from Art Center College of Design. Working in gouache, oil and acrylic, he weaves atmospheric, richly textured narratives in a vivid palette of twilight blues enlivened by swaths of deep red and splashes of golden light. His haunting impressions of culture and landscape evoke the life of the spirit through the visionary manifestation of memories and dreams.
Andrew Hem has exhibited in venues worldwide, from Jonathan LeVine Gallery in New York and the Portsmouth Museum of Art in New Hampshire to solo and group exhibitions in Los Angeles, San Francisco, San Diego, Seattle, Portland, Nashville, Miami, Toronto, Zurich and Lecce, Italy. His personal work has been featured in Beyond Illustration, the Society of Illustrators annual, Communication Arts, Spectrum, American Illustration, 3×3, Swallow and Hi-Fructose. He lives and works in Los Angeles.

Finding inspiration in everyday life, Benjamin Bjorklund regularly seeks to interpret through his paintings the emotions and characters of the beings that surround him. He keeps his compositions and focal points simplistic, ensuring his subjects remain within reach. Subjects such as Solomon, both wild and domestic animals and family members feature predominately, though he also works from old photos and memories as references.
Ben’s figurative and portraiture work can, at times, depict scenes bordering on the surreal with characters influenced by those around him existing in various physical or emotional situations. These are usually emphasised through the use of abstracted light and darts of colour. These, Ben refers to as ‘happy mistakes’ being borne from spontaneous actions and serving to focus the viewer’s attention whilst adding to the emotional impact on the viewer.
Benjamin Bjorklund draws upon past experiences and current influences to create in oil and watercolour. Having sold work around the world Ben’s painting are held in private collections in a number of cities including London, NY, LA, San Fransisco, Melbourne and across Sweden and Europe. He lives in Uppsala, Sweden.

„The experiences I had growing up in a bicultural family fuel the imagery and emotional quality of my work. Over time, I began to recognize cultural dichotomies and to accommodate conflicting viewpoints based on context. With a constantly shifting sense of identity, I explore imagery through my work that is informed by photos, emotions, and memory. Painting in layers, I use masking techniques to jumble formal qualities such as abstraction and realistic representation. Recently, I have sourced imagery from Google Street View and social media networks as a way to trace the effect technology has on the construction of images. The combination of divergent elements suggests a pluralistic reality bridging the historical framework of painting, self and the influence of technology on image making.“ Daniel Ochoa

Highly talented Swiss artist David Monllor is in the focus of collectors and curators in Germany, Switzerland and Austria.
At the age of twelve he comes in contact with the subculture “Graffiti ” that has a lasting impact on David Monllors works. He travels abroad, working with lots of urban artist and painting countless murals.
As an autodidact he refined and developed his techniques with spray paint into total perfection. Hyper Realistic portraits are his trademark.
In the search for new forms of expression he discovered his fascination for painting with oil. His current work moves between meticulously drawn photorealistic paintings to abstract portraits that dissolve explosively and create an entirely new aesthetic in the eye of the beholder.
David Monllor has been displayed in several galleries in Switzerland, Austria and Germany.

In his work David Stegmann deals with questions of coexistence of humans and the environment. His works, which combines abstract painting and neosurrealism, are partially apocalyptic and visionary. They provide an insight into a fragile, organic microcosm. In the eye of the beholder concrete and fantastic flows together, to dissolve again in the next moment. Nature, with her absolute passion for perfection, color and shape is the source of David Stegmann’s inspiration.
David Stegmann pushes the boundaries of his work consistently. Born in Switzerland, the artist lives and works in Staufen. Here he experiments with different materials. In addition to painting on canvas and wood he works also with a mixed technique behind glass since last year.

Dramatically skewed within geometric patterns and shapes, Robert Proch’s huge outdoor frescos stop traffic wherever they appear.
Robert Proch began putting up large-scale, provocative murals across his hometown of Bydgoszcz, Poland as a teen. He has since exhibited extensively throughout Europe, including Poland, Denmark, France, Italy, Hungary, Estonia and Germany.
Proch’s abstract, figurative style is inspired by state-of-the-art animation as much as classic caricature, and impressionism as much as modernist graffiti. The artist’s grasp of movement and the distinct manner in which he employs it is central to the beguiling nature of his work.
The mini-narratives he paints examine the modern human condition using vivid colours and tangible emotions. Rather than being gritty or downbeat, Robert’s work is dynamic, arresting and often strangely encouraging; he presents an augmented emotional reality that is familiar and inviting.
Sentimentality, ambition, fear, loss, hubris, greed and friendship play their roles in snapshot dramas set in coffee shops and shopping malls; or during pregnancies and suicides. Proch stresses the intensity of experience in his vibrant portrayals of situations that could be considered ominous, maudlin or plain mundane. In each picture there is a fragile tissue dividing the earthly and the dreamlike.

Sebas Velasco began painting graffiti on the walls of his home town in 2004. Afterwards, he moved to Bilbao where he graduated in Fine Arts and specialized in painting. Sebastian Velasco deals with an enviable technique naturalism. His “canvases” are mainly the walls and tables. Materials used are oil, acrylic, spray and pencils.
Sebas was selected by the “Antonio Gala Foundation” to take part in an Artistic residence grant, where he finished his painting project “Around the Wall”. His work has been exhibited individually and collectively in various cities of northern Spain so, and has received several awards.
During all these years, Sebas has maintained a continuous activity  in the Street, painting walls in different Spanish and European cities. It is in the streets where he finds inspiration for his studio work. Sebas Velasco lives and works in Spain. 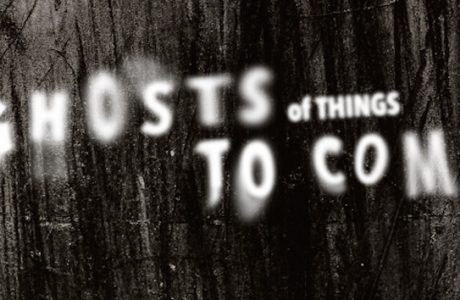 Ghosts of things to come ...

DAVID MONLLOR – Fade into nothing

DAVID MONLLOR – Fad...
(c) Pretty Portal 2007 - 2017
Back to Top
This website uses cookies to improve your experience. We'll assume you're ok with this, but you can opt-out if you wish.Accept Read More