Ruben Carrasco was born and raised in Mexico, where he studied at the Institute of Visual Arts. Since then he has continued his studies at the Anahuac University in Cancun, Mexico, and later at McGill University and at Dawson College in Montreal, Canada. In addition to his development as an artist, he has also worked as a tattoo artist, set designer, muralist, photographer, graphic- and digital-designer. His style can be discribed as figurative and narrative. It is inspired by classical imagery of roman and greek statues as well as indian ethnics and modern popsurrealism. This exceptional mix gives Ruben the space to create surrealistic worlds, where he experiments with his perception of modern times.
A world traveler, Ruben has lived throughout Europe and America working and exhibiting in several countries. Currently, he lives in Montreal, where he has collaborated with the General Consulate of Mexico as a jury member of the Art Exhibitions Evaluation Committee for “Espacio México”. In addition, Ruben founded the artists international collective named “5 wolves no pigs” and co-founded the FIAP and IPAF art festivals. 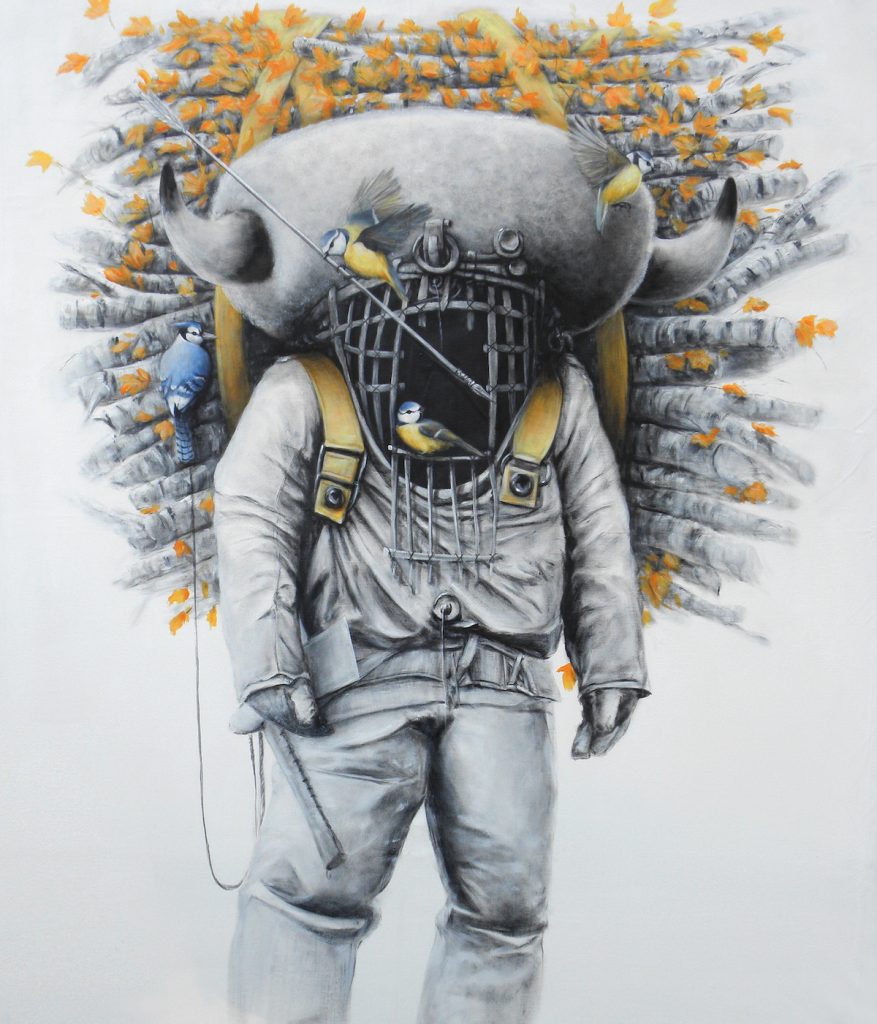 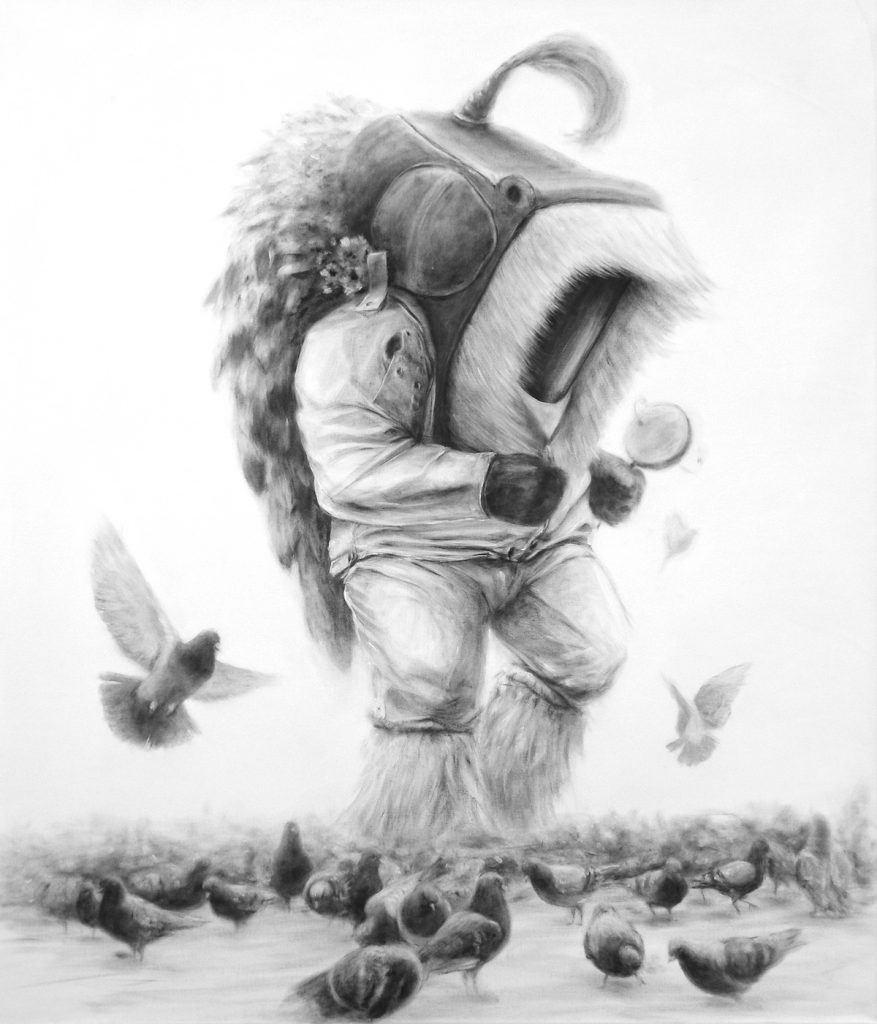 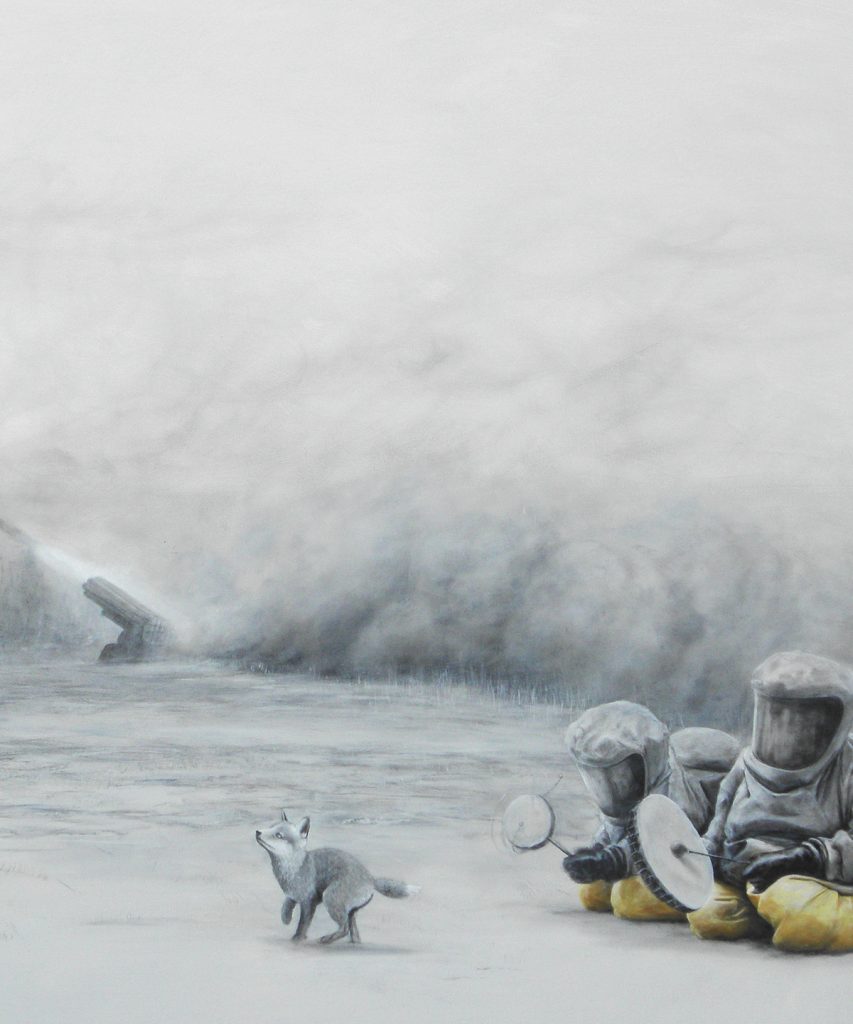 Please send us a Mail, if you are interested in artworks from Ruben Carrasco and would like to receive a PDF with all available artworks. 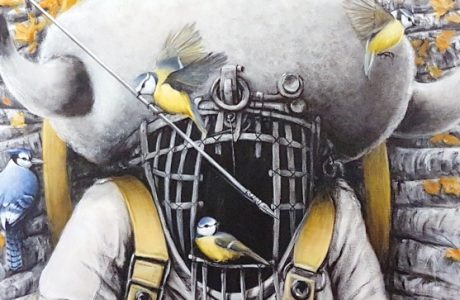 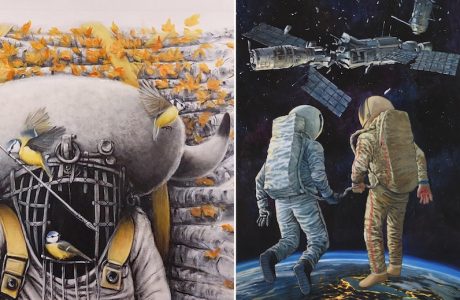