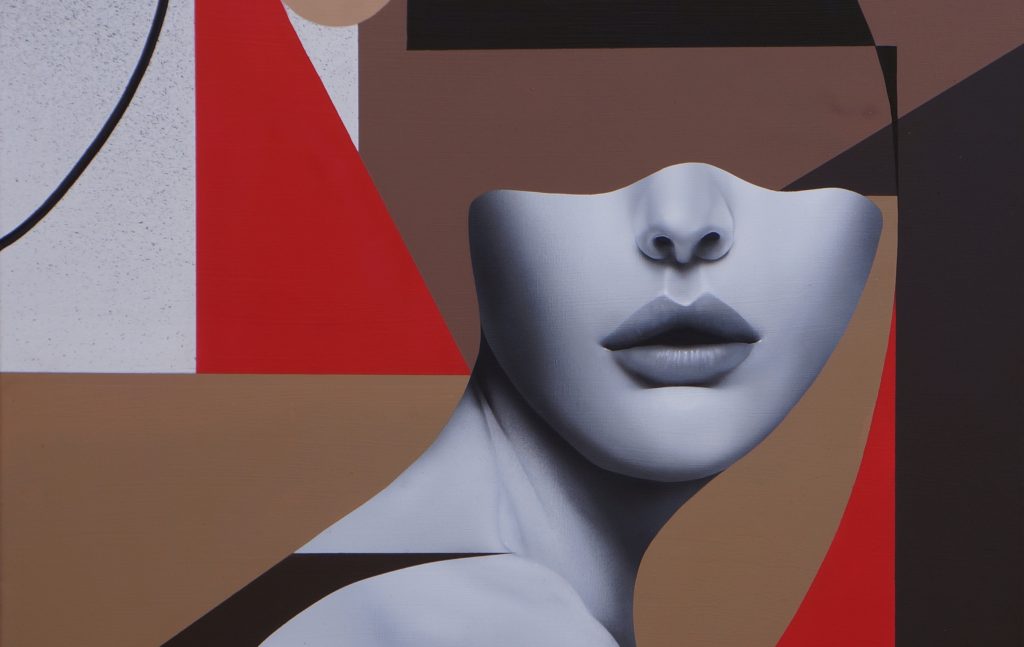 In his latest series of work «Human in the city» SKIO questions the situation of mankind in a modern world and it´s opressive anonymity. In an everyday life becoming more and more virtual through the growing dominace of social media, his artworks examine the uniformity our society puts on people and the standard of beauty forced upon woman among others. It is common to say the eyes are the mirror of the soul, and by deliberately leaving them away SKIO reinforces this feeling of anonymity in his artworks, and makes way for the ones of the spectator to impersonate these character and reflect on this issue.
SKIO shows the human body in surroundings, that refer to architecture in a surrealist way, questioning our place in the urban environment. He plays with the visual aesthetics and concepts of virtual worlds. Some of his protagonists seem to wear VR glasses, refering to the growing virtual aspect of our evermore changing live.

Skio ’s first murals appeared in 1993 in the Nice region; starting with typical graffiti before moving on to figurative romantic topics fed by pop and TV culture. Today SKIO´s works mixes geometrical shapes and realistic portraits featuring obfuscated eyes. Taking inspirations from Bauhaus movement and surrealism, he is aiming for a rare balance between geometry, anatomy and color through the exploration of minimalism’s complexities.
SKIO has shown his works in numerous exhibitions and festivals all over the world (Paris, London, Mexico, Shanghai…) for the last twenty years making him one of today’s major emerging artists.

Please send us a  message, if you are interested in artworks from SKIO an would lieke to receive a catalogue (PDF) with available works.

More artworks in our Shop.