As in the last years, the collectice show STENCILS ONLY presents a selection of artists, who get international attention for their works created with stencils.
Stencil made artworks influenced the imagery of streetart and urban comtemporary art decisively. Starting with Blek le Rat in the early 80ies, stencils prepared the way for the development of urban art as we know it today.
In the last years graphic design fashion and advertising, hooked on the imagery of stencil art. However fashion changes its imagery every year, the use of stencils in Urban Art is as relevant as it has always been.

From the 26th of February to the 25th of March Pretty Portal shows artworks from ICY & SOT, EMESS, FAKE and L.E.T.

ICY & SOT are stencil artists from Tabriz, Iran, currently residing in Brooklyn, New York. Since 2006, the two brothers have made paramount accomplishments in Iranian urban art culture as both skaters and artists. On their creative crusade they continue to dismantle pre-conceived perceptions of a fleeting Iranian tradition, through their striking stencil work, depicting human rights, justice, social and political issues. Icy & Sot participated in numerous international exhibitions and their outdoor artworks can been seen across the cities of Iran, The United States, and Europe.

Dutch artist FAKE, lives and works in Amsterdam. Growing up in a grey and boring environment, FAKE felt the urge to bring a smile on other people’s faces through irony and humor. After discovering the power of stencils, he was hooked.
FAKE has a very clean and precise imagery. His colorful work, which uses icons of the every day poplife, is provokative, with a good dose of humour and a sharp ironic twist. FAKE tells stories, putting the finger on issues, without being finger pointing. He has been in shows all over the world; from Holland, Germany, Norway, Denmark and the UK, the US and Iran.

Unlikely the way of most urban artists, EMESS journey did not lead from the street to the gallery, but the other way around. After finishing the art academy, the way through the galleries and institutions appaered rather pointless to the young artist. At the same time the first blooms of streetart grew in cities all over the world and connected to a new movement. EMESS heard the call of the streets and started to cut stencils to bring his works on the streets and start the artistic dialogue with the citizens of Berlin.
EMESS : „My work is most often motivated by political questions. Confronting the viewer with issues that would rather be swept under the rug, for which there are perhaps no clear answers or solutions but that need to be addressed. I consider myself an urban sculptor and printer and i try to employ the most diverse means of expression to create an artistically impact on pubic space – may it be on the streets or in a gallery. “
L.E.T. is a french born Stencil artist. The abbreviation L.E.T. is broken down as „Les Enfants Terribles“. L.E.T. is one of the street artists of the first hour. Since 1992, he has been active on the street and shaped the image of some cities, including that of his today’s hometown Dusseldorf.
L.E.T. paints people, often children, which he provides with rather charming, provocative statements and thus assigns them a new meaning. His pieces are mainly black and white, with just a few color accents. In his works he reflects issues of our times, which L.E.T. critically pokes to reveal on shortcomings in our consumer- and fun society in a tongue in cheek manner.
L.E.T.´s artistic career is marked by many worldwide group exhibitions and Urban Art conventions. The consequent development as an artist lead him the way to the gallery, where the ephemeral street art can be kept and conserved. In his works for the „white cube“ he prefers gallery quality media such as canvas, cardboard and wood, which has no effect on its distinctive style.
STENCILS ONLY
feat. ICY & SOT, FAKE, EMESS, L.E.T. 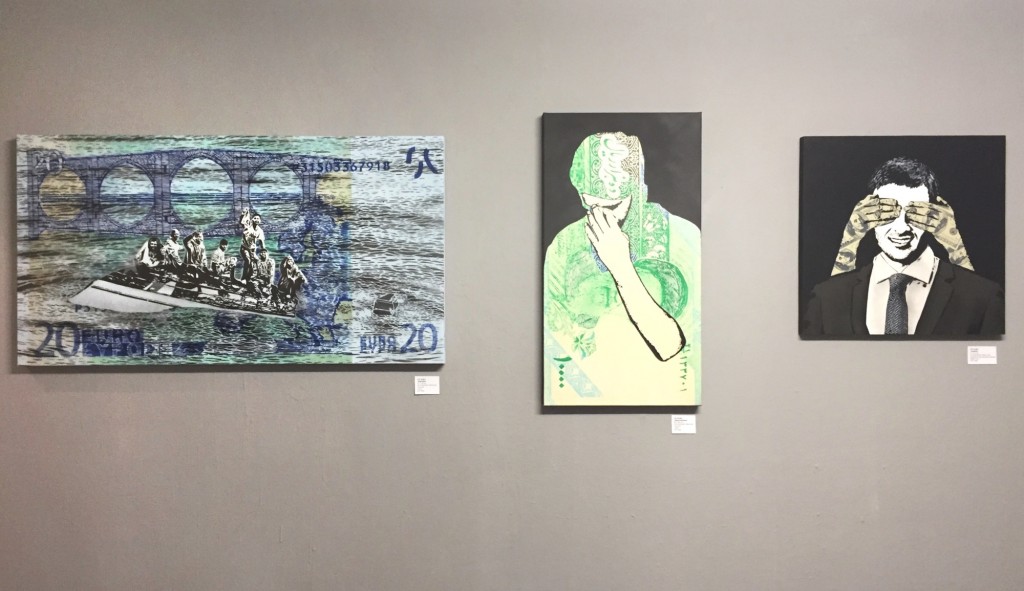 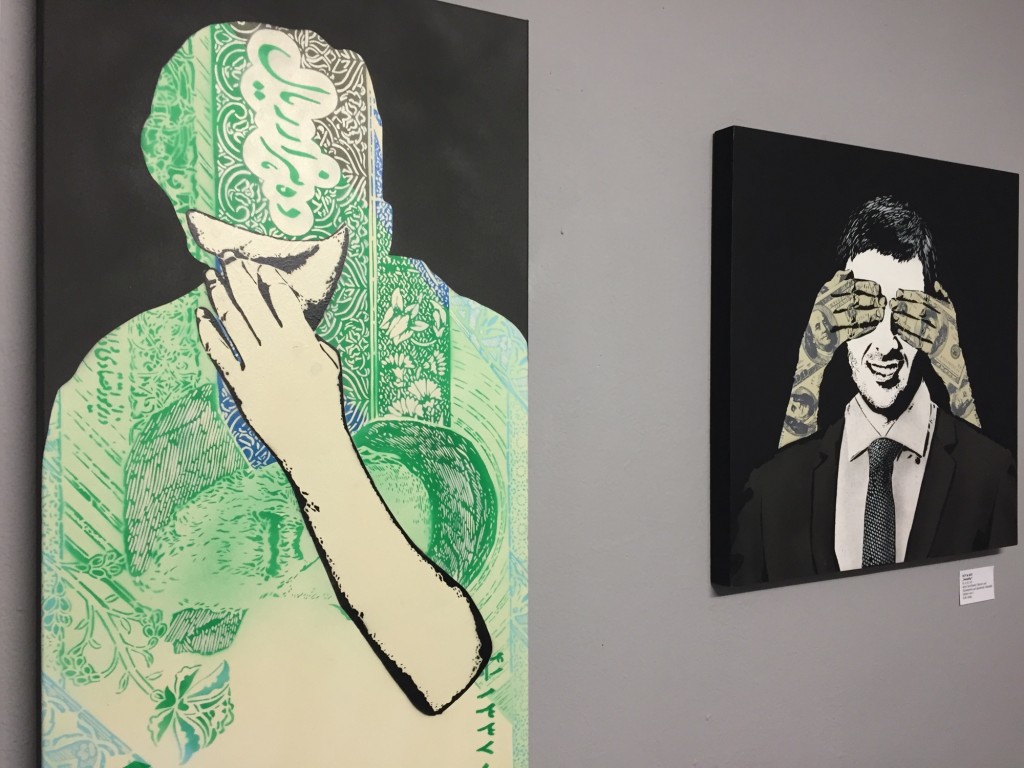 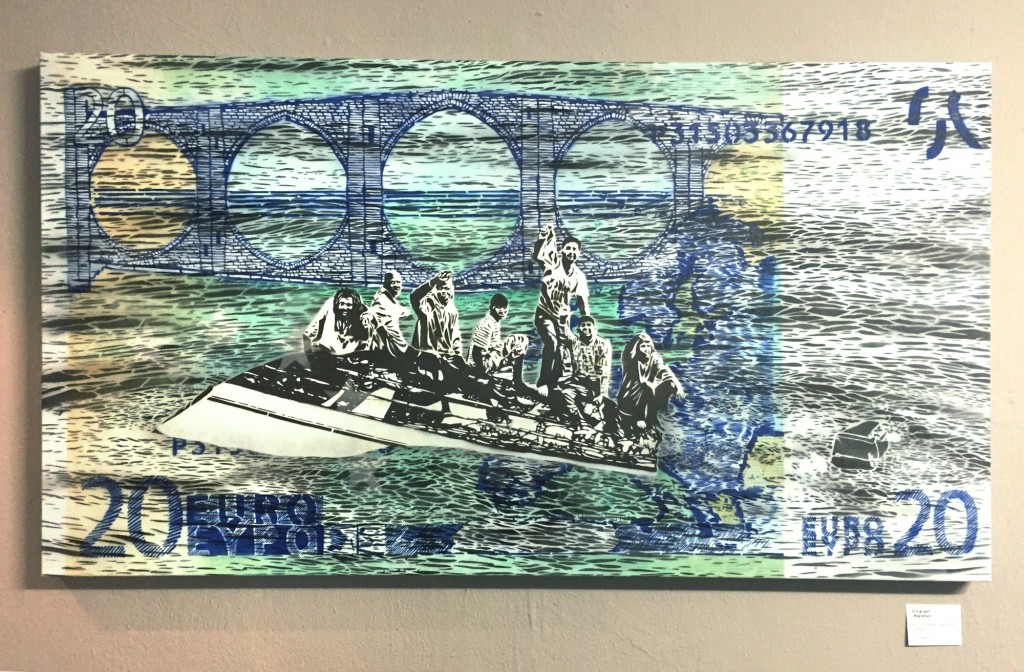 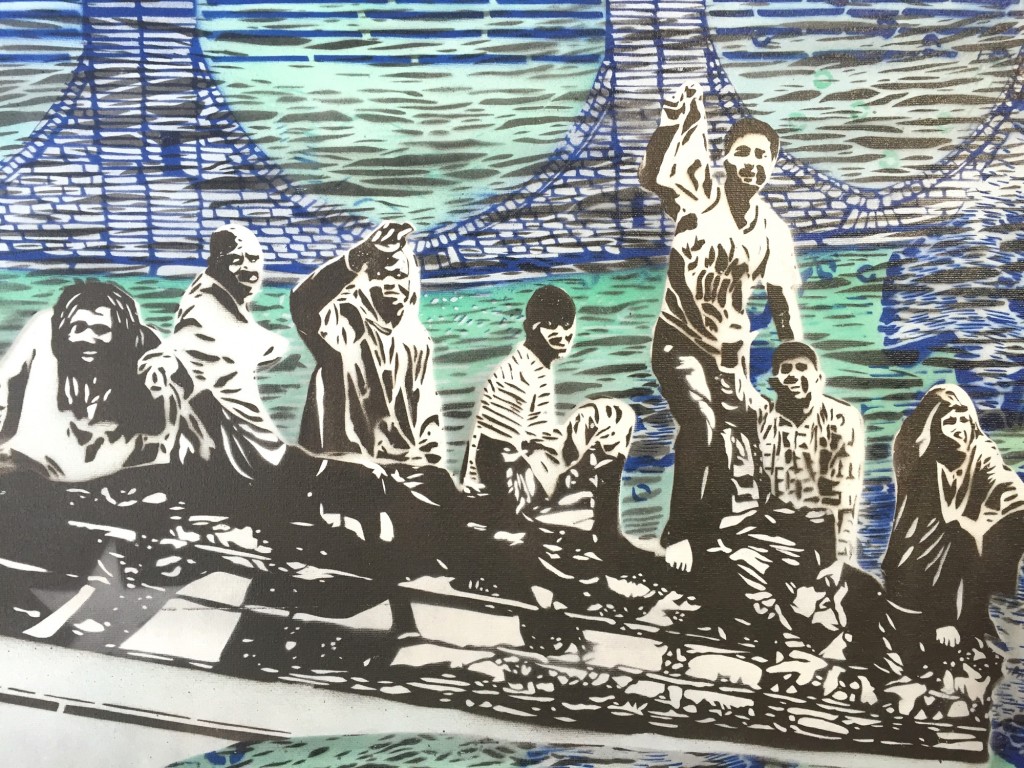 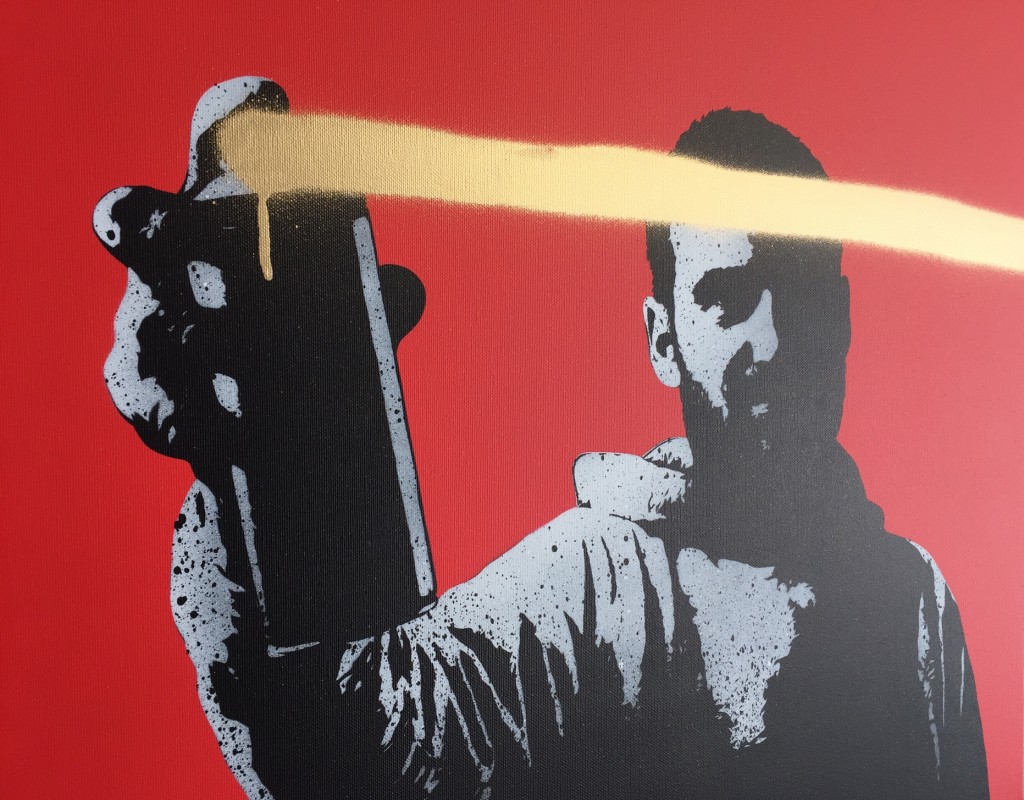 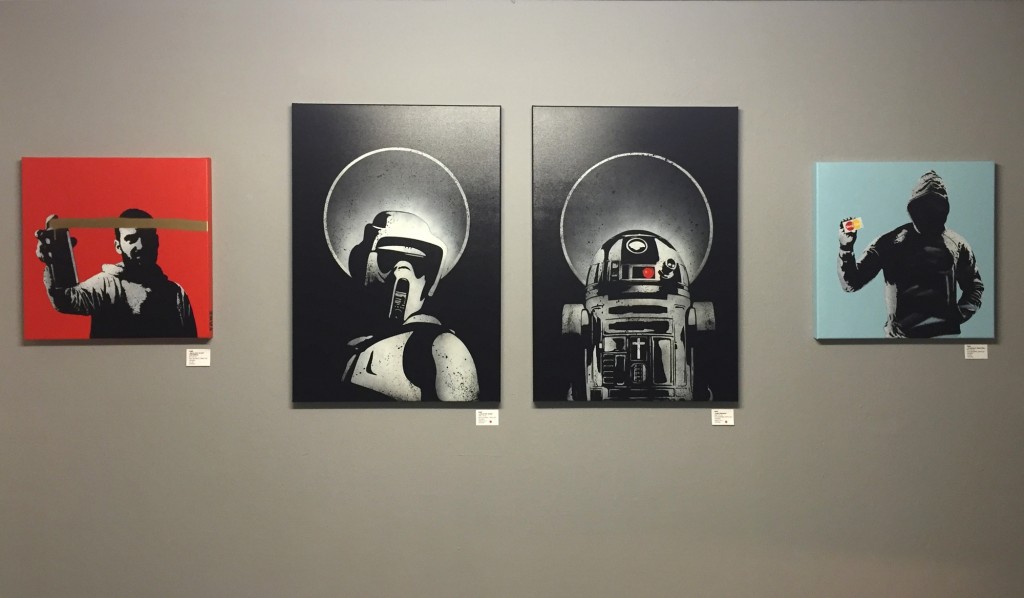 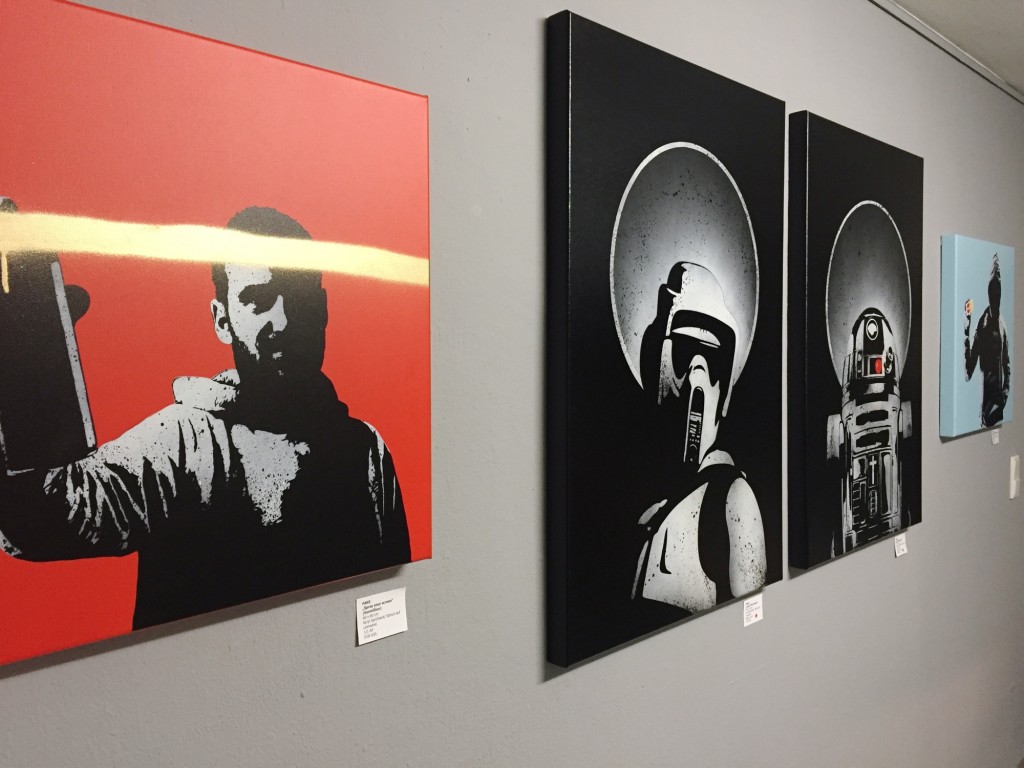 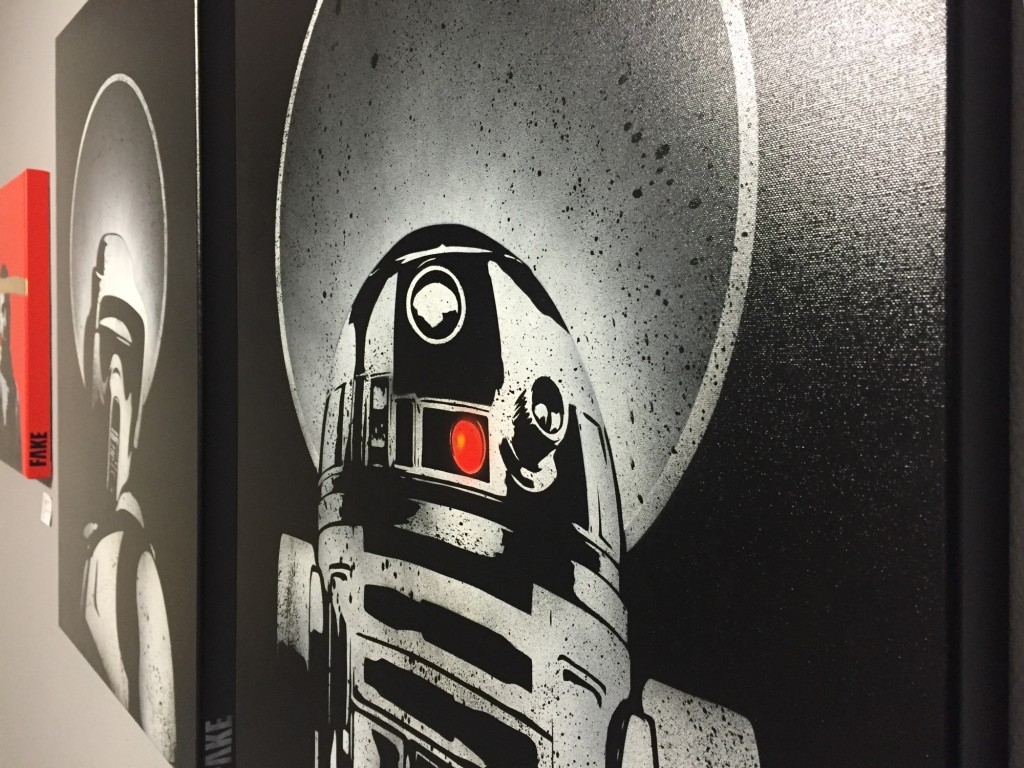 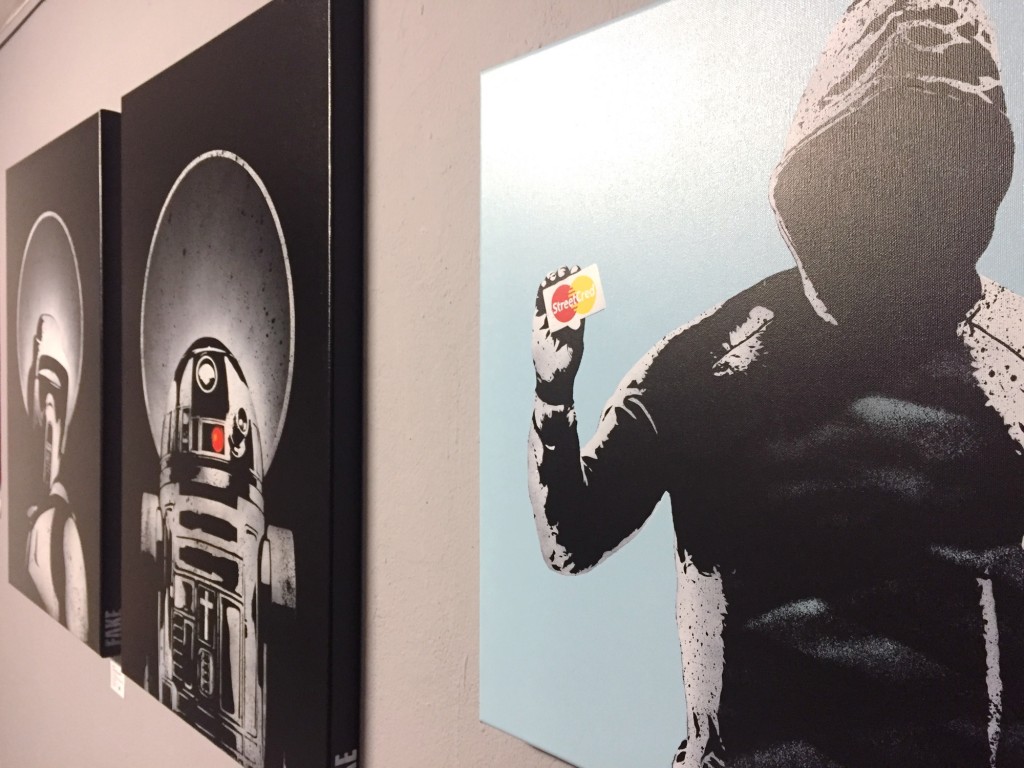 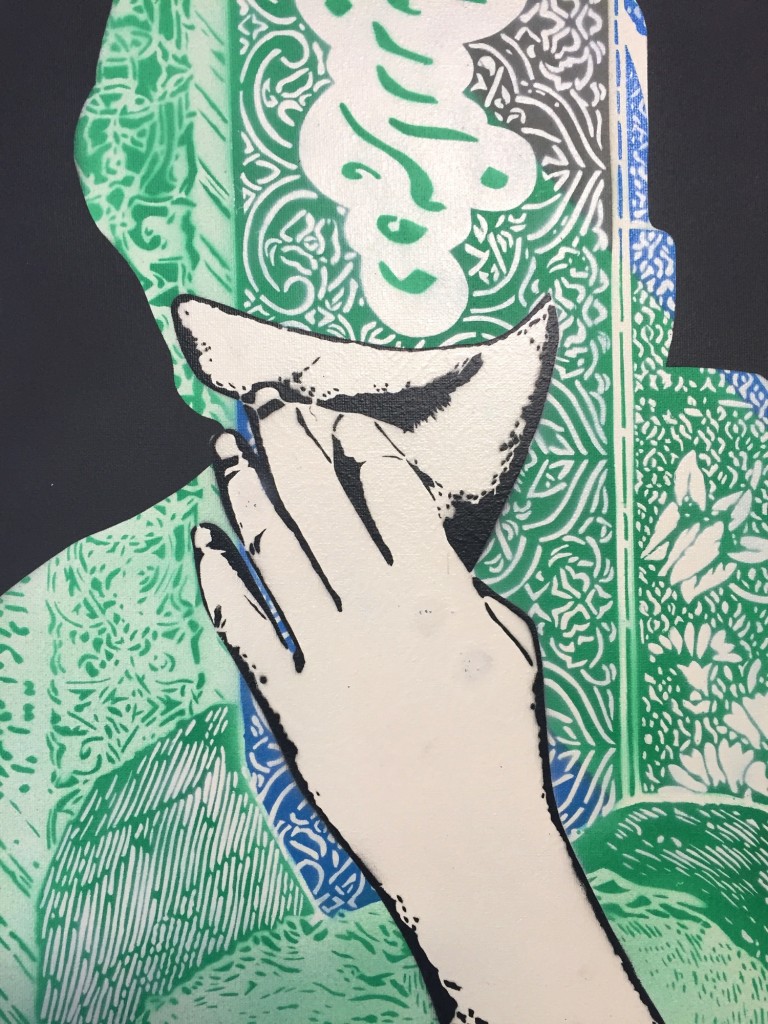 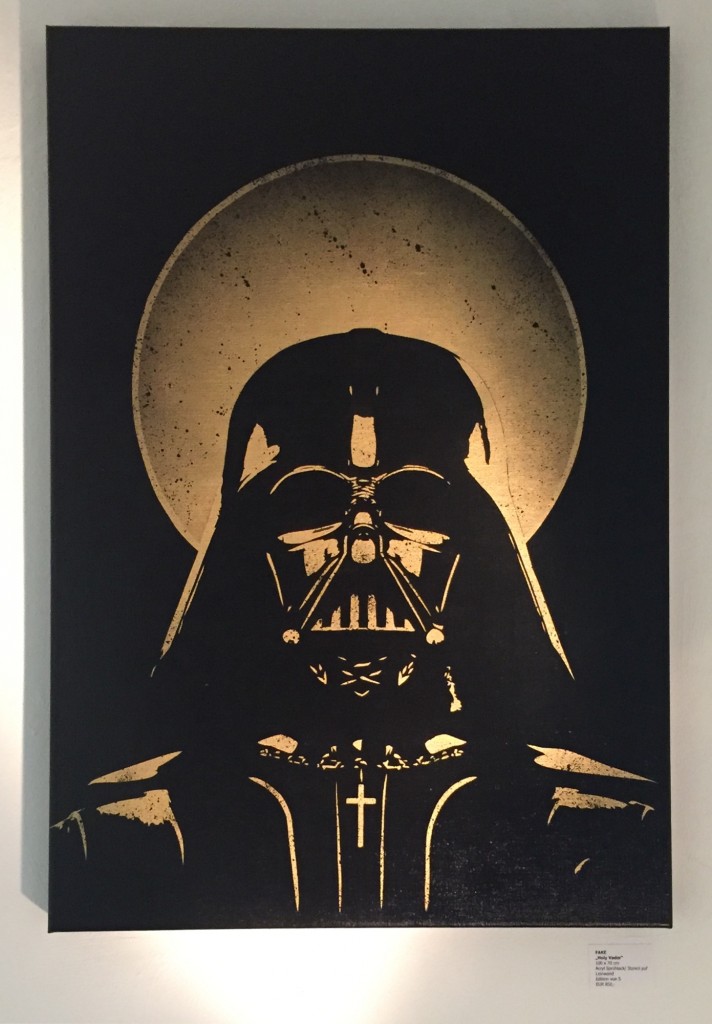 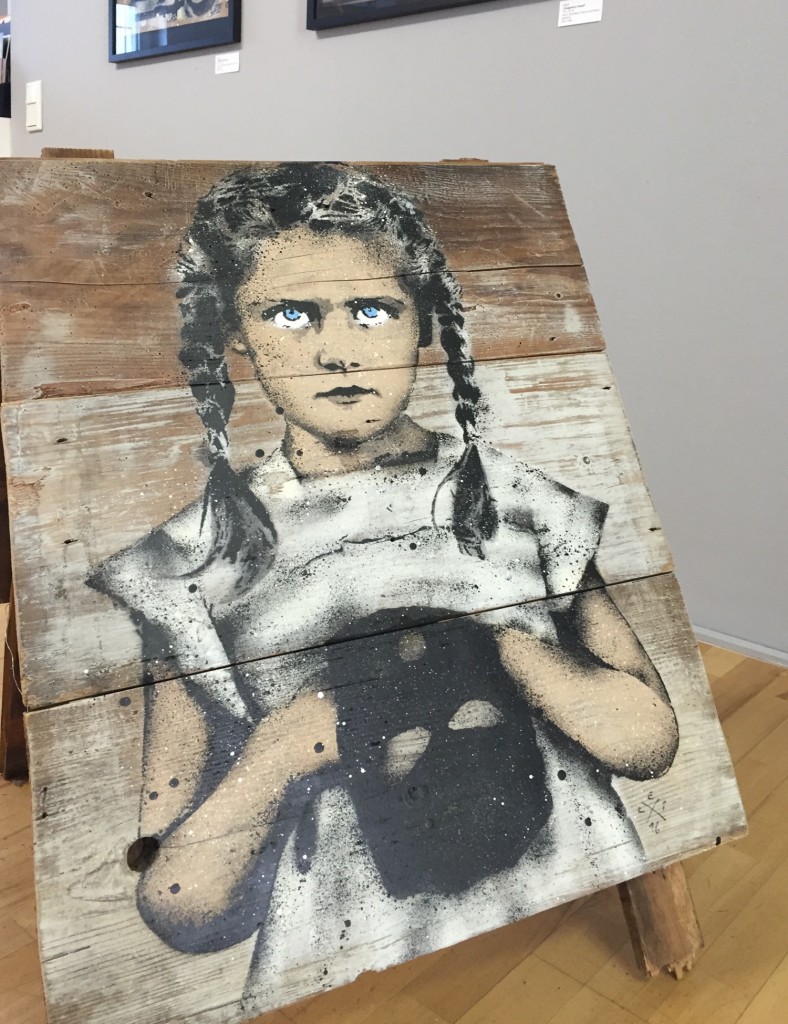 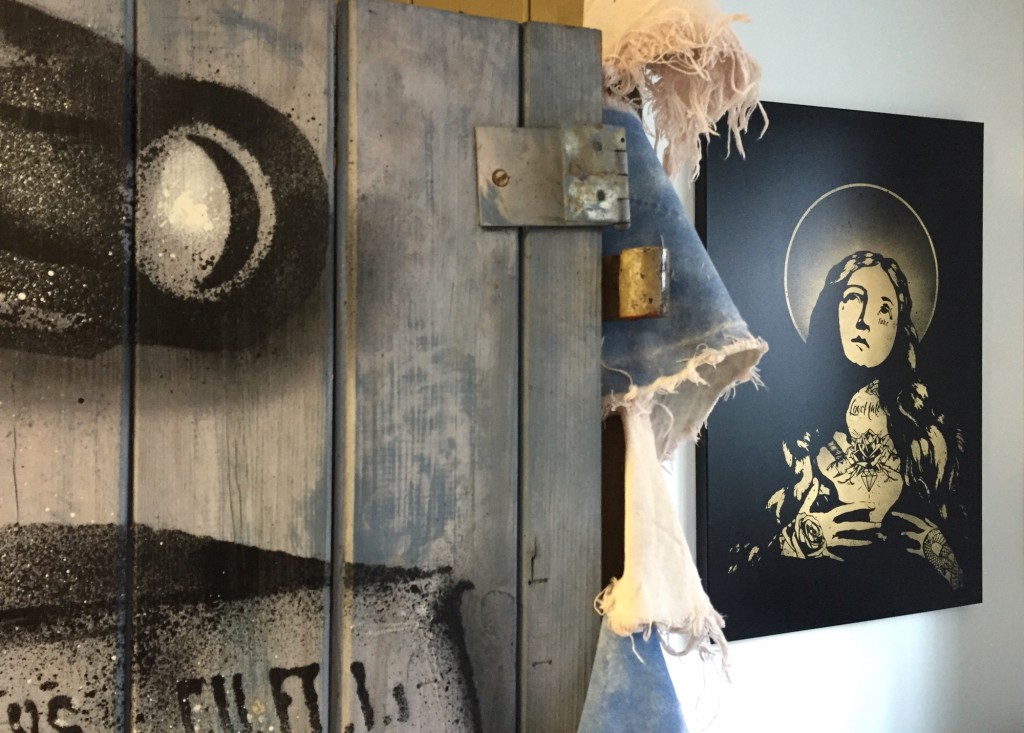 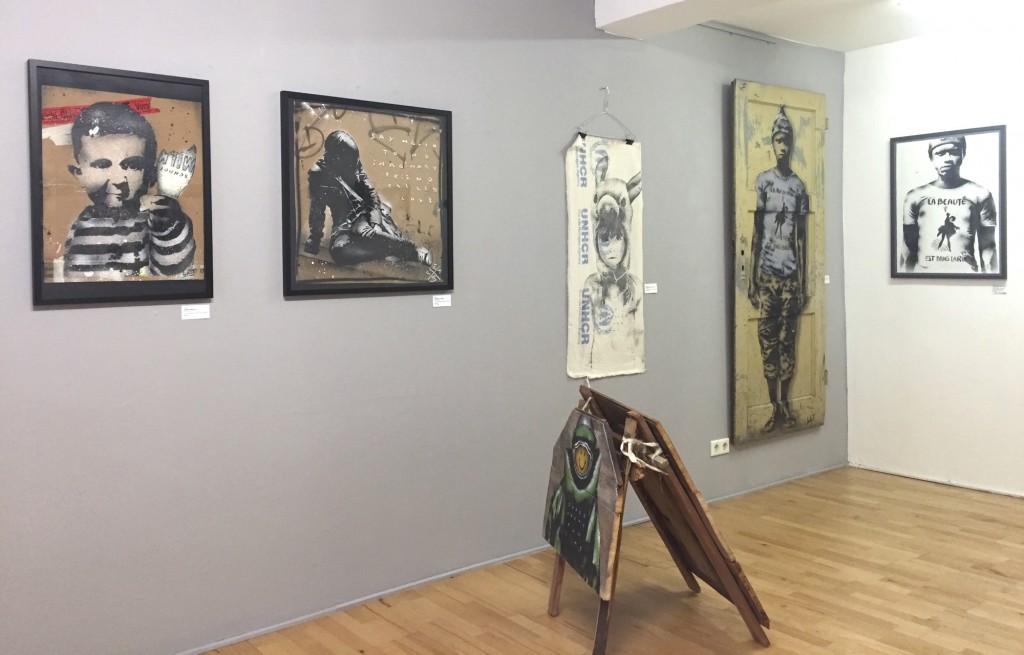 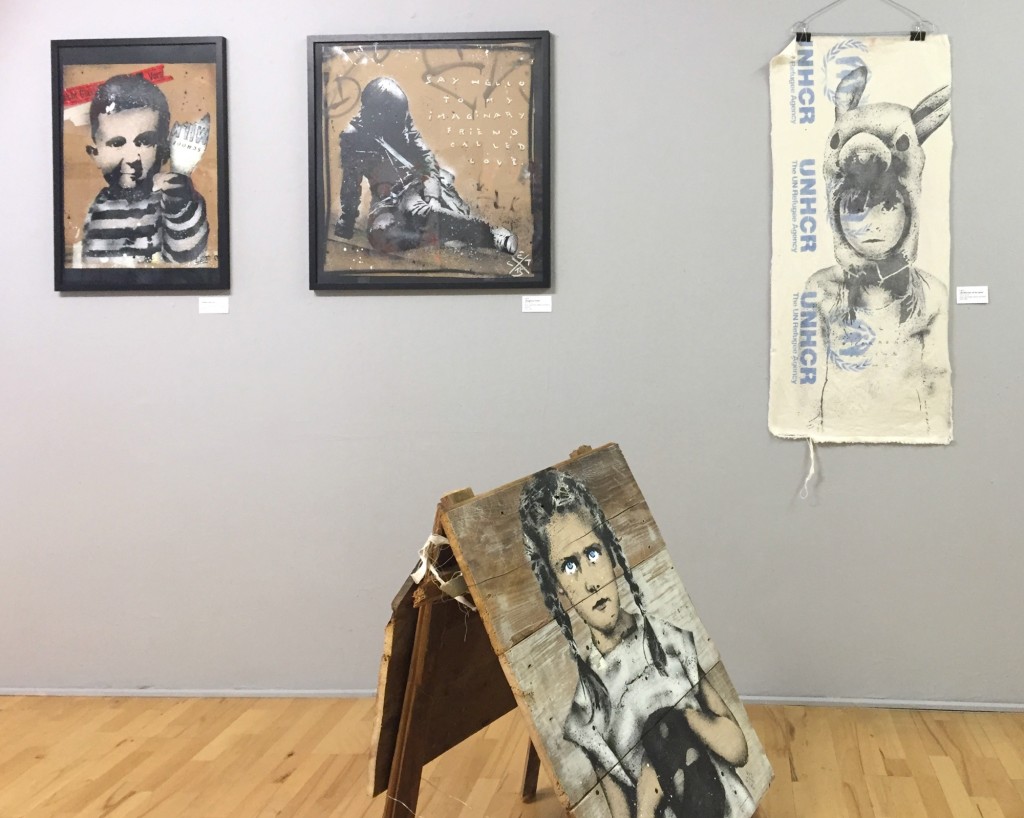 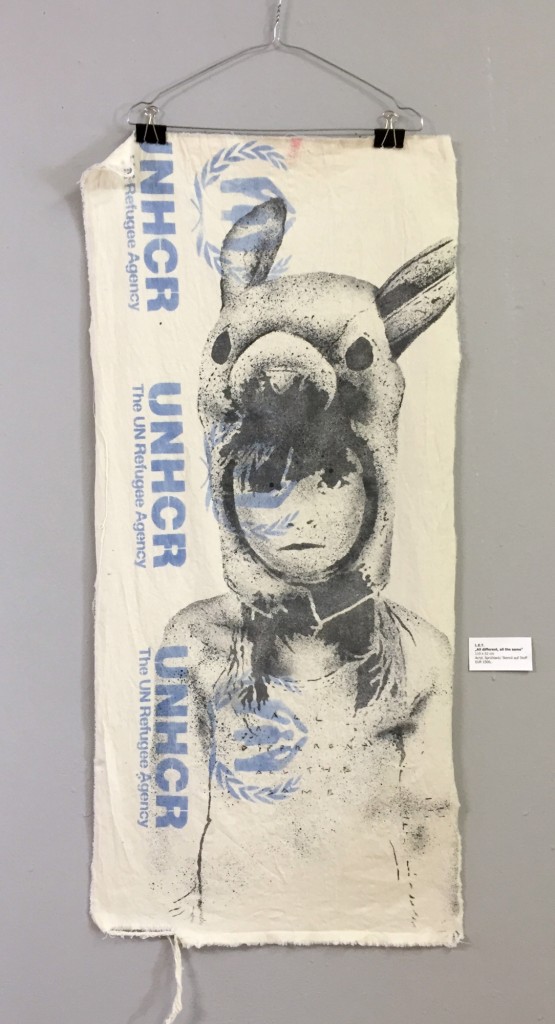 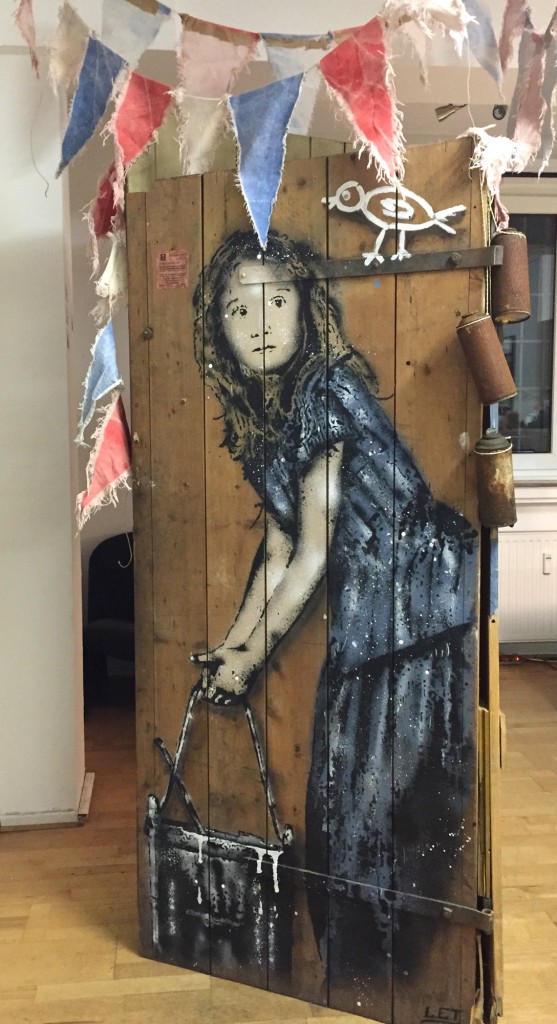 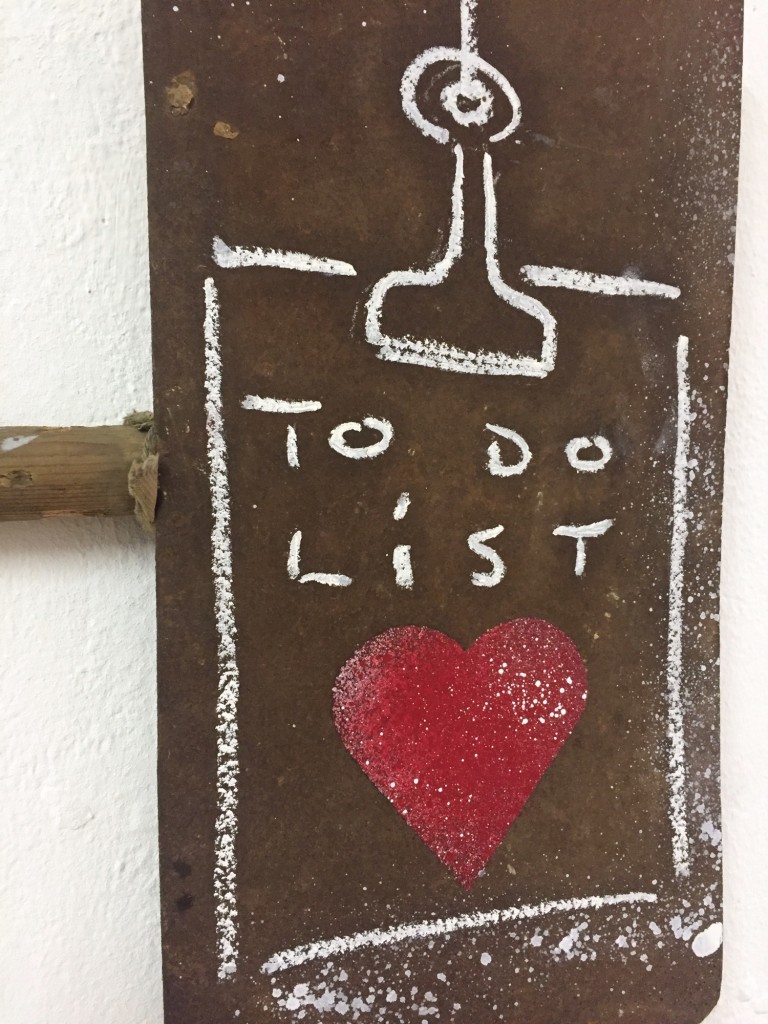 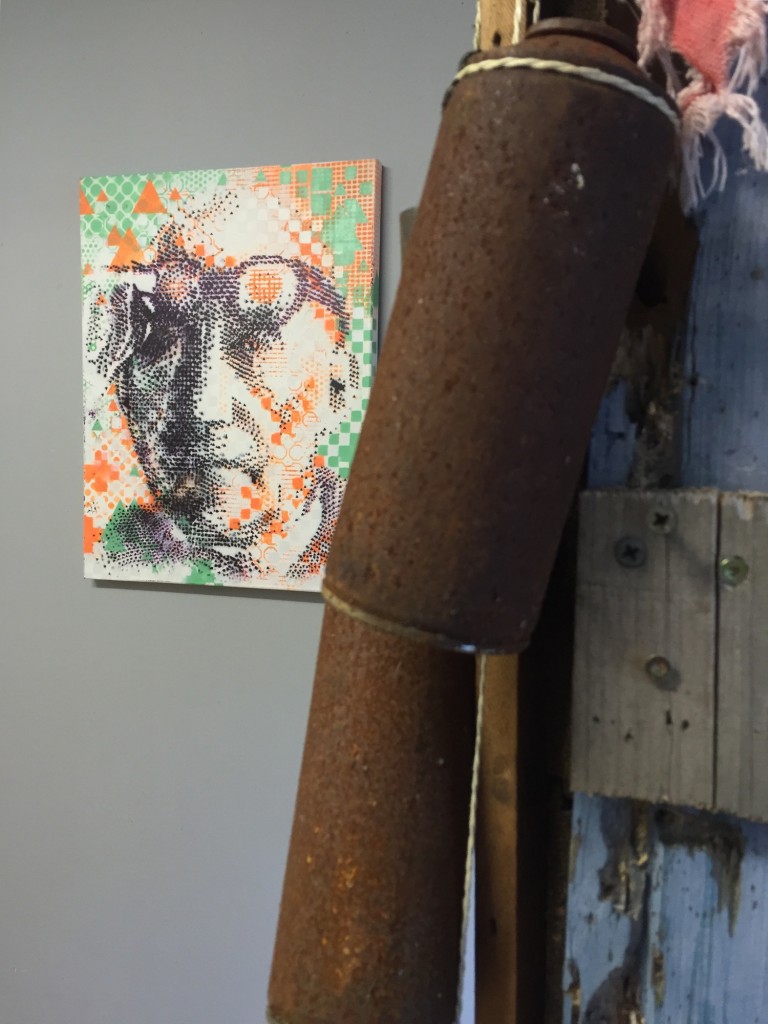 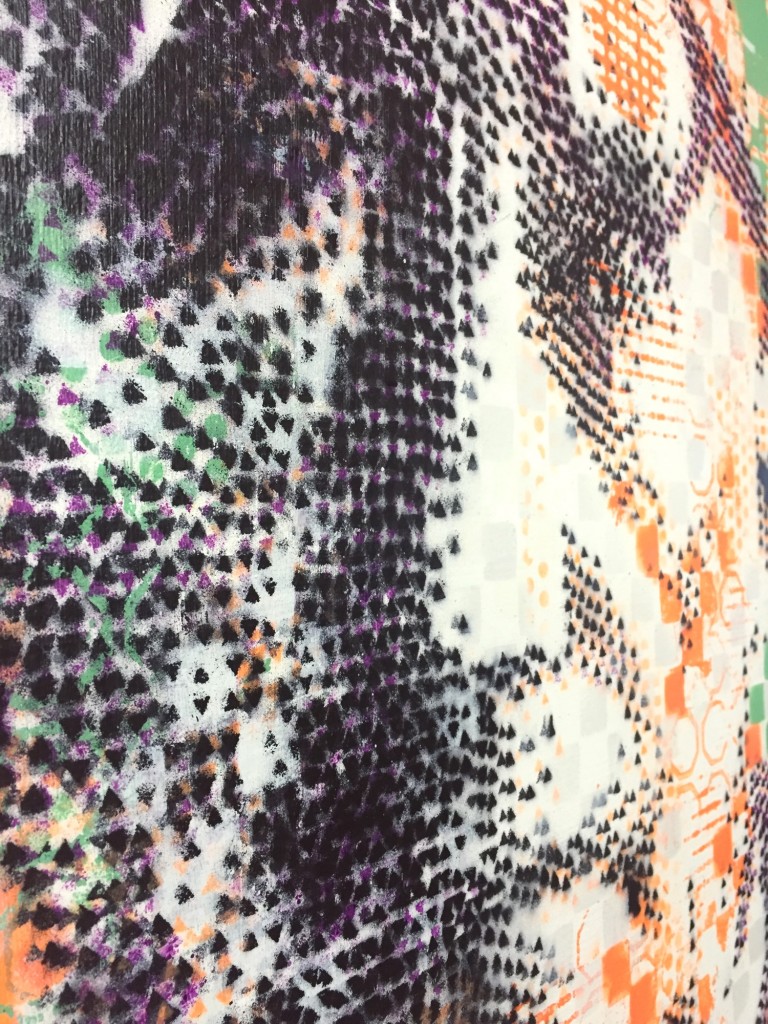 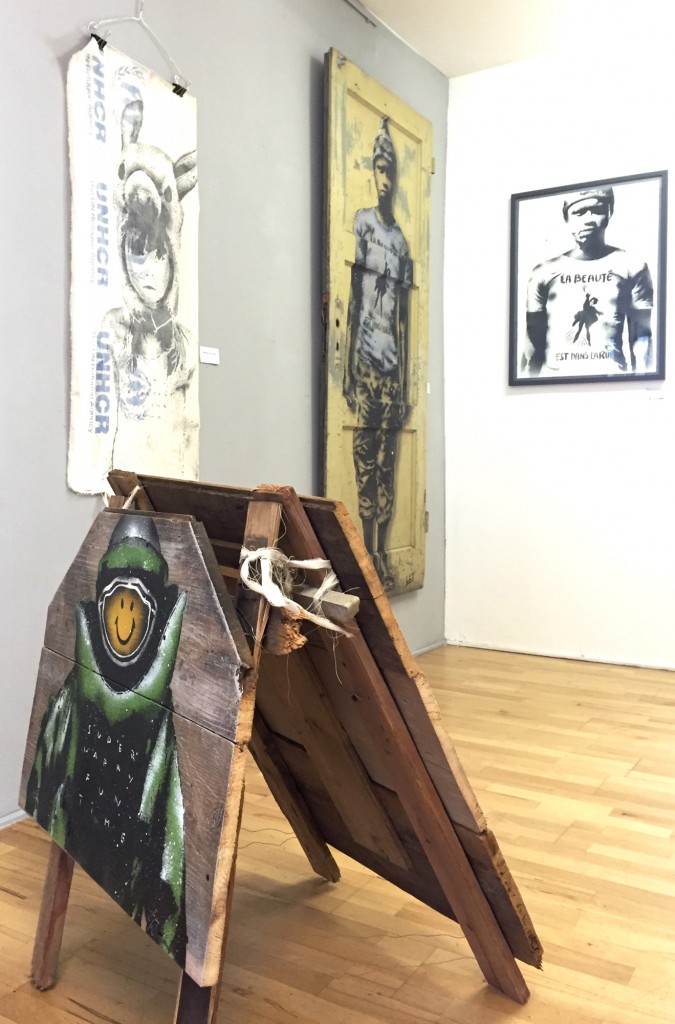 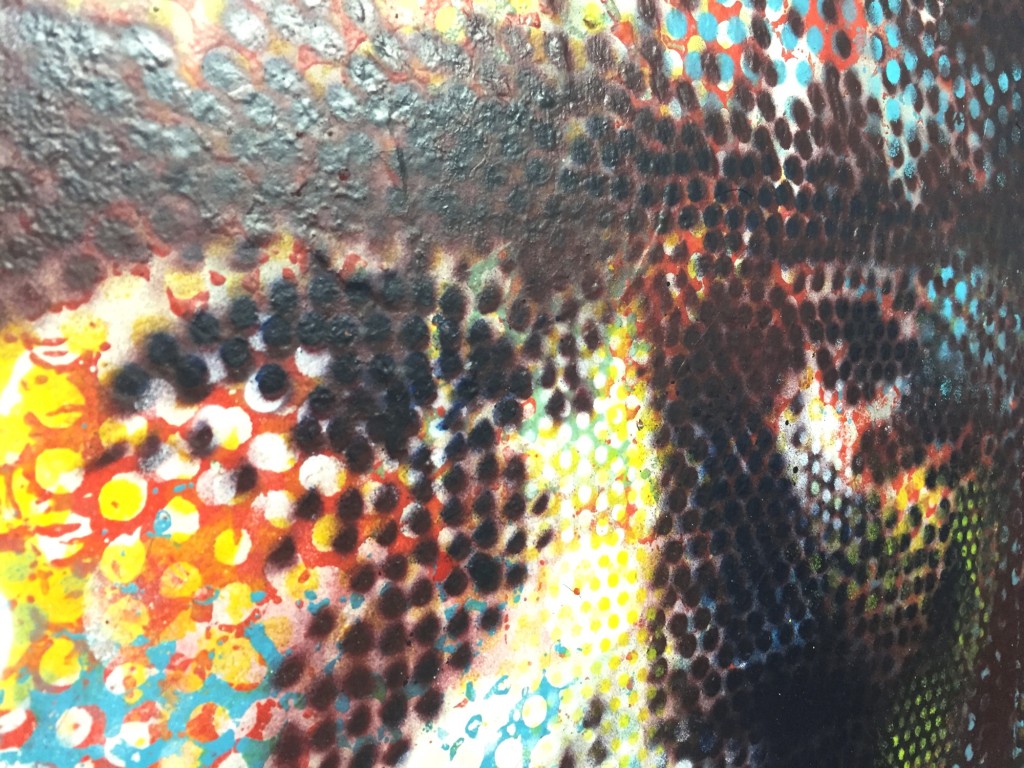 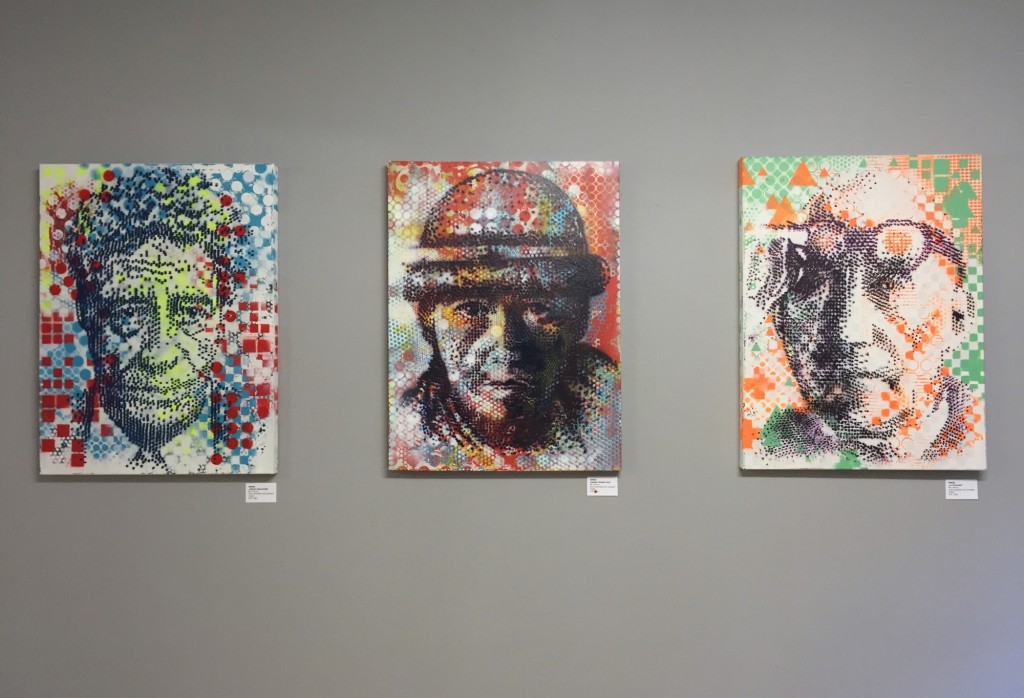 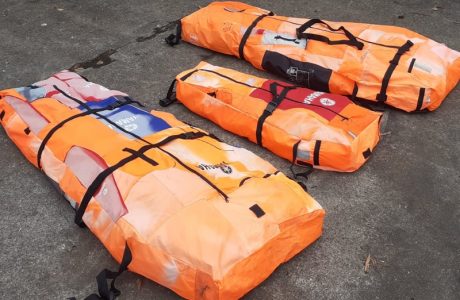 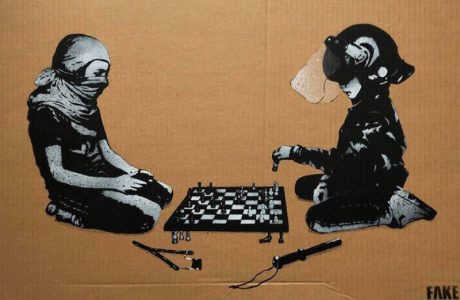 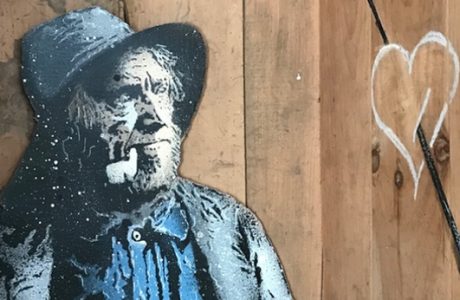