In March Various & Gould are coming to Düsseldorf to present their book „Permanently improvised“ and show some of their latest works at Pretty Portal.

The Berlin based artist duo works in close collaboration since 2005. After studying at the Berlin-Weissensee School of Art (KHB), the artists graduated under the tutelage of Prof Alex Jordan (Grapus collective) in 2010.
Various & Gould are known for constantly reinventing themselves. Their creation is based on the simple but striking formula 1+1=3. Whilst methods of screen-printing and collage are their speciality, their art can also emerge in a public performance or an installation as they like crossing borders and do not stick to a certain medium. Mutual passions including their love of paper, enthusiasm for accidental beauty in everyday life and art in urban space form the core of their artistic practice.
Various & Gould often deal with socially prominent themes such as work, migration, gender, death, religion or the financial crisis in a playful, intuitive manner. Influenced by (political) poster graphics, Dada and Pop Art, vivid colors combined with typography and encrypted messages are the characteristics of their work.

Like the title of the exhibition, Various & Gould’s latest screen print is called “InterFace”. The work symbolizes the close and profound connection between two individuals that goes beyond what is superficially visible; two people, independent and autonomous, connected in a special way at the same time by their ideas, sensors, thoughts and emotions. This work is also the title of the book published last October: “Permanently Improvised”, which the two artists will present at the vernissage.
During the presentation, Various & Gould will discuss previous projects and explain their thoughts on various murals. After the lecture, the two artists are available for questions and an open discussion 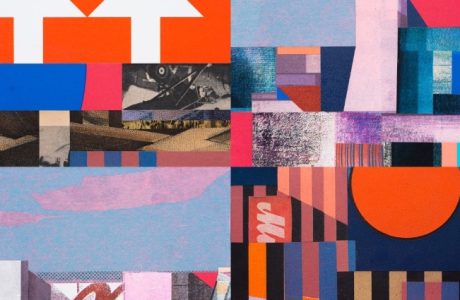 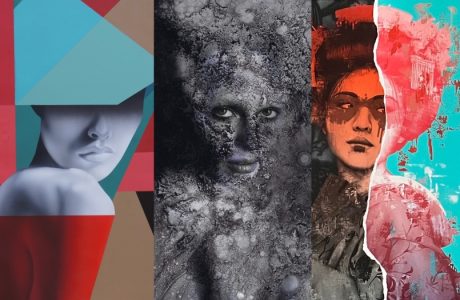