Last week, we have been in the print studio with SAM3, where the Spanish artist worked with our favorite screen printer on an adaption of the mural “Voluntas”, which he painted in Vila Real.
(www.streetartnews.net/2014/04/sam3-voluntas-new-mural-vila-real.html)

Now we are very proud to announce the release of this print for Wednesday, 16th of December. 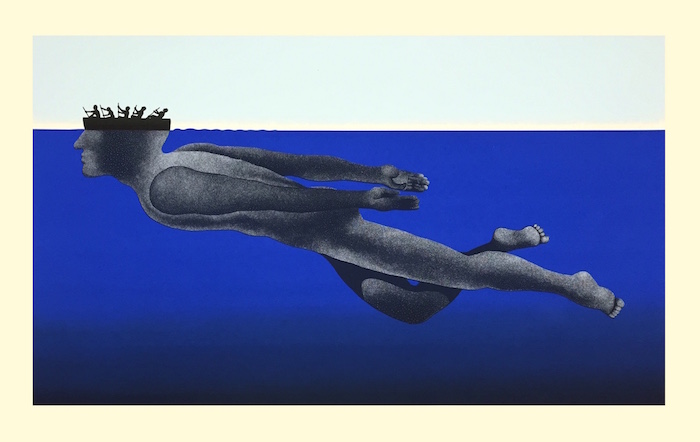 “Voluntas” is translated “the will”. The piece shows how the head controls the body, while the body keeps the head above the water. As usual SAM3 works with philosophical concepts in a poetic and narrative way.

The production of the piece was a bit tricky, but our printers managed it to get a magnificent deep blue, with a cool gradient and all these tiny dots on the body. After numerous test prints we finally came to fantastic result and a stunning print.

“Voluntas” is a five layer screen print on Hahnemuehle hand moulded paper (300gsm) with deckled edges. The small edition of 55 prints is signed and numbered by the artist and is embossed with the Pretty Portal stamp. The dimensions are 78×49 cm.

The edition will be released on 16th of December, 7pm (CET) at shop.prettyportal.de. 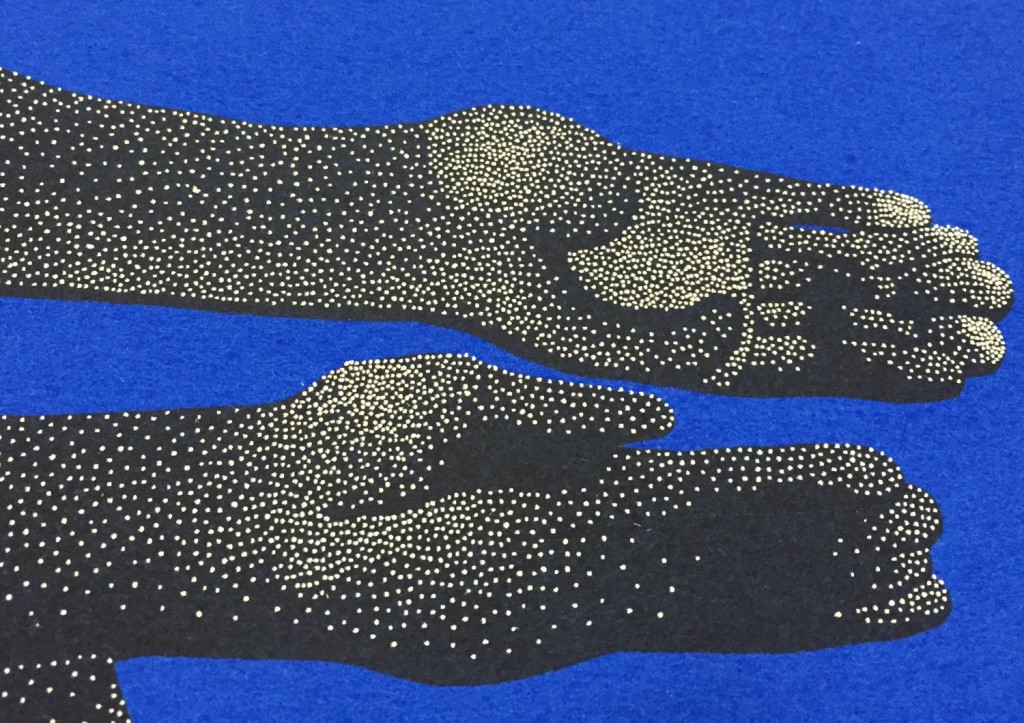